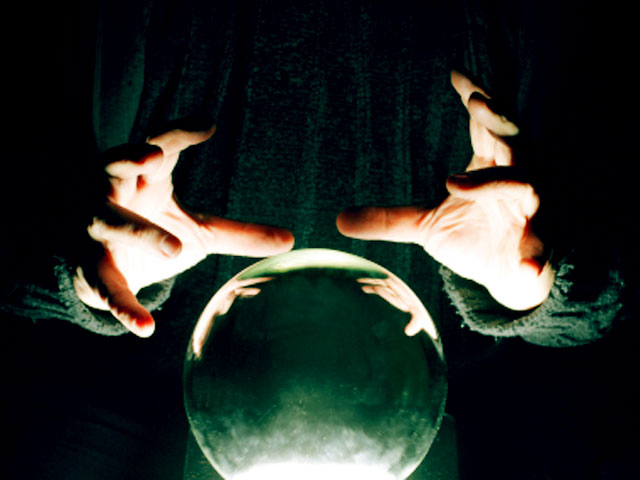 (CBS/AP) NEW YORK - Sylvia Mitchell, a New York City psychic convicted of conning clients for tens of thousands of dollars, was sentenced Thursday to 5 to 15 years in prison.

The case explored the line between selling an unusual service and exploiting people's longing to change their lives.

Another said Mitchell told her she needed to break her attachment to money and persuaded her to hand over $27,000 to hold. She said Mitchell balked at giving it back but eventually refunded some.

The defense said the soothsayer was hired just to try to assist people, and there was no evidence she didn't.

"She wasn't telling the future. They came to her for help, and she told them that she would pray for them and perform certain rituals to try to get rid of whatever negativity she sensed around them," Mitchell's former attorney, William Aronwald, said after her conviction.

But prosecutors said Mitchell was a swindler who picked on desperate people.

"The defendant has a knack for spotting people's insecurities and using them," Assistant District Attorney James Bergamo said in his opening statement.

Mitchell, who lives in Mystic, Conn., worked from a Greenwich Village storefront where the sign read "Zena Clairvoyant."

One client, Debra Saalfield, was a heartbroken ballroom-dancing instructor who had just lost a job and a boyfriend within a day. She testified that Mitchell told her that she'd been an ancient Egyptian princess in a past life, and her troubles stemmed from being too tied to money then.

While not entirely convinced, the single mother of three tapped a line of credit on her Naples, Fla., home to write Mitchell a $27,000 check.

"At the time, it felt like it was an emergency because I was very unstable," Saalfield testified.

Another client, Lee Choong, was a lonely Singaporean businesswoman with an unrequited workplace crush.

Mitchell also looked to the past to explain Choong's problems, saying Choong's family had harmed the object of her affection in a prior existence, according to testimony and prosecutors.

Told she had "negative energy," Choong paid Mitchell more than $120,000 over two years, even as Choong was hit with a workplace harassment complaint and fired.

Mitchell, who was jailed after her October conviction, said the time behind bars forced her to her reflect.

"I have had a lot of time to think and I realize that what I have done is wrong. I just want to be with my children, go back to school ... start my life over again," she told state Manhattan Supreme Court Justice Gregory Carro at her sentencing. "... I'm sorry."