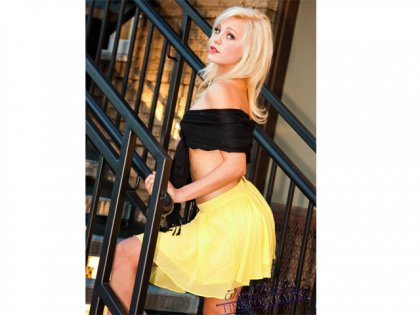 Sydney Spies made headlines earlier this year when Durango High School refused to use the senior yearbook picture she submitted, deeming it too racy because it showed the teen in a provocative pose and revealing outfit.

CBS Denver reports that according to a police report, officers found numerous underage drinkers at a party at the Spies home, in addition to a keg of beer and other alcohol.

Police arrested Sydney Spies, 18, for obstruction of a police officer. The Durango Herald reports that she tried to block an officer from entering her home. According to the paper, her mother, Denise Spies, 45, was arrested on suspicion of contributing to the deliquency of a minor and obstruction after she ran inside her house when police arrived and tried to close the door on an officer.