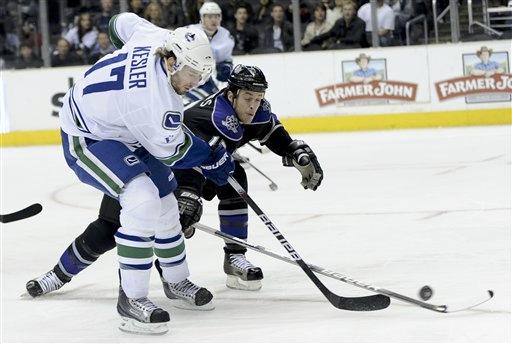 Even though there is no known physical benefit from swimming with dolphins, the effect it has on a sick child's mental state is another story: dolphins can make young cancer patients smile.

And, as any parent will tell you, there's no way to measure how valuable that can be. The Early Show's Tracy Smith reports.

For most of the past year, this has been Mark Perez's life: a world of constant check-ups and never-ending needles.

At age 8, Mark has all but beaten bone cancer.

Mark's mom explains, "They removed the bone and he has metal now. He thinks he's the bionic man."

In fact, today is his last round of chemo. It's hard to tell whether it's tougher on Mark, or his mom.

"He's my baby; he's my littlest one," she says. "The hardest thing is watching the chemo run through the tube because it's the only thing that'll cure him, but it'll also make him very sick."

But Mark endures it all more easily because he knows that something very exciting is just a few weeks away.

The Island Dolphin Care facility in Key Largo is only a short bus ride from Miami, but for the 31 kids aboard, it truly is like another planet.

The place was designed to let humans and dolphins interact. It's open to anyone, but is especially valuable to sick children.

Medically, dolphins are not going to take the children's medical diagnoses and change them.

They all get to touch a variety of sea creatures, but one particular species is clearly on their minds.

Greeting the dolphins, Mark says, "Hi! They like us! They're too excited! They're excited cause we're here!"

And when it was finally time to get in the water, it was hard for Mark to contain his excitement.

In what is called a structured swim, the dolphins are told how to play with humans so we get to touch them and play with them.

At first, meeting an animal that weighs over 400 pounds can be pretty daunting. But soon, the kids start having fun. And, for one priceless moment, they forget about everything else.

Dr Pefkarou says, "Overall, we hope that it will be a memorable experience for all of them, even though some of them will not live to grow up.

For Mark, as for most of the kids, it was finally something to smile about.

Dr. Pefkarou says Mark's condition is improving and, with luck, he'll be able to describe his dolphin experience to his grandchildren.