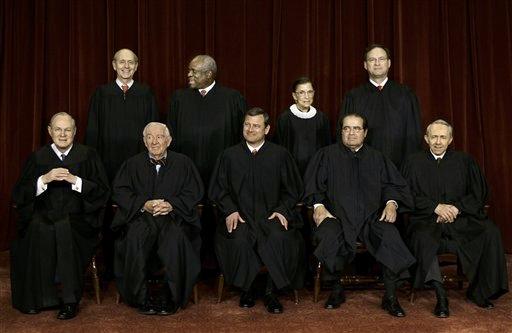 Lipstick. Eyeshadow. Bronzer. The makeup you want could be just a swap away.

Swapping makeup might seem odd, but think about it. It's been going on for years, between mothers and daughters and sisters and friends. And now perfect strangers are getting in on the act, swapping makeup online, reports The Early Show's ConsumerWatch correspondent Susan Koeppen.

Three months ago, Lisa Stewart discovered a makeup-swapping Web site, and ever since she's been swapping makeup, lotions and hair products with women all over the country.

"Oh, it's definitely addictive. I think everybody likes to get something for nothing," says Stewart. "It's fun to get stuff in the mail."

Here's how swapping online works: You are ready to get rid of a product you don't use anymore. You find swappers who want it. You check out their lists of products. If you find something you like, you set up a swap. It gives you a chance to try new colors and new brands without having to pay for them. You only spend money on postage to send out the products you're swapping.

For three years, Carolyn Pesta has been swapping on Makeupalley.com.

"I took a look in my makeup drawer and saw things still brand new in the box I knew I would never use again and I said, 'You know, maybe I can get something for this through a barter system,' and that's how I found Makeup Alley," she says.

Makeupalley.com is one of several Web sites where makeup enthusiasts can trade everything from lip gloss and eyeliner to fragrances and hair gel. Some of them are "BNIB" (brand new in box), but many of the products have been used. Not everyone thinks swapping is a great idea.

"People should be very concerned about swapping makeup," says Dr. Heidi Waldorf, a dermatologist at New York's Mount Sinai Medical Center. She finds the practice of swapping used makeup alarming, and cautions swappers that there is no safe and simple way to clean makeup to get rid of bacteria and viruses that may be lingering.

She says even things like foundations, concealers and powders that don't seem to pose much of a threat can easily be contaminated, even if they've only been used once.

"Even if you just tried this once and you use any applicator, the likelihood is that bacteria from your skin have been returned to the base," she says.

Hara Glick, the founder of Makeup Alley, says the Web site has seen more than a quarter million swaps since it started five years ago, and there's never been a health-related complaint.

"The only complaint that we've gotten is, "Where's my lipstick? It hasn't gotten here on time. Where's my package?'" she says.

And the Web site has a disclaimer that states, "You are swapping at your own risk." The Web site does not guarantee the quality or safety of any product swapped. Both Carolyn and Lisa say they have been happy with their swapping experiences.

"I think it's fun. If you're the kind of person that likes to try new things and likes to sample new makeup and new styling products and things like that, I don't see anything wrong with it as long as they're smart about it," says Lisa.

The Early Show contacted the Food and Drug Administration. It says swapping is unsafe. It does not regulate this sort of thing. So it's buyer - or in this case swapper - beware.