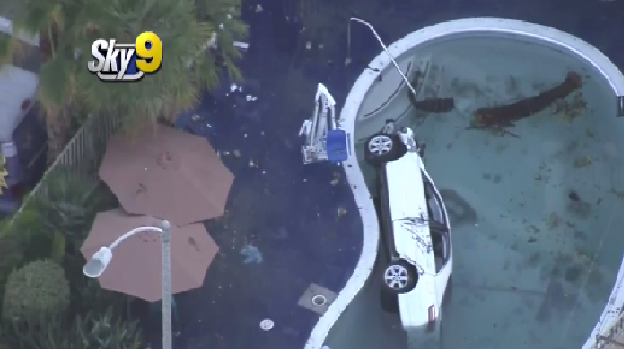 SAN PEDRO, Calif. --  As many as as eight people were hurt when a vehicle slammed into a motel pool in Southern California.

CBS Los Angeles reports the incident took place at the Vagabond Inn in San Pedro, just before 7:30 p.m. on Sunday.

Paramedics transported one person to a hospital for treatment of critical injuries sustained in the crash. Authorities believe the victim was the driver of the vehicle, who was submerged underwater for quite some time before he was rescued.

Witnesses at the scene said there were many children in the pool when the SUV slammed into a wall and then plunged into the water. They sustained minor injuries.

A tow truck was sent to the scene to extricate the vehicle from the pool.

Authorities say they are investigating the crash as a possible DUI incident.