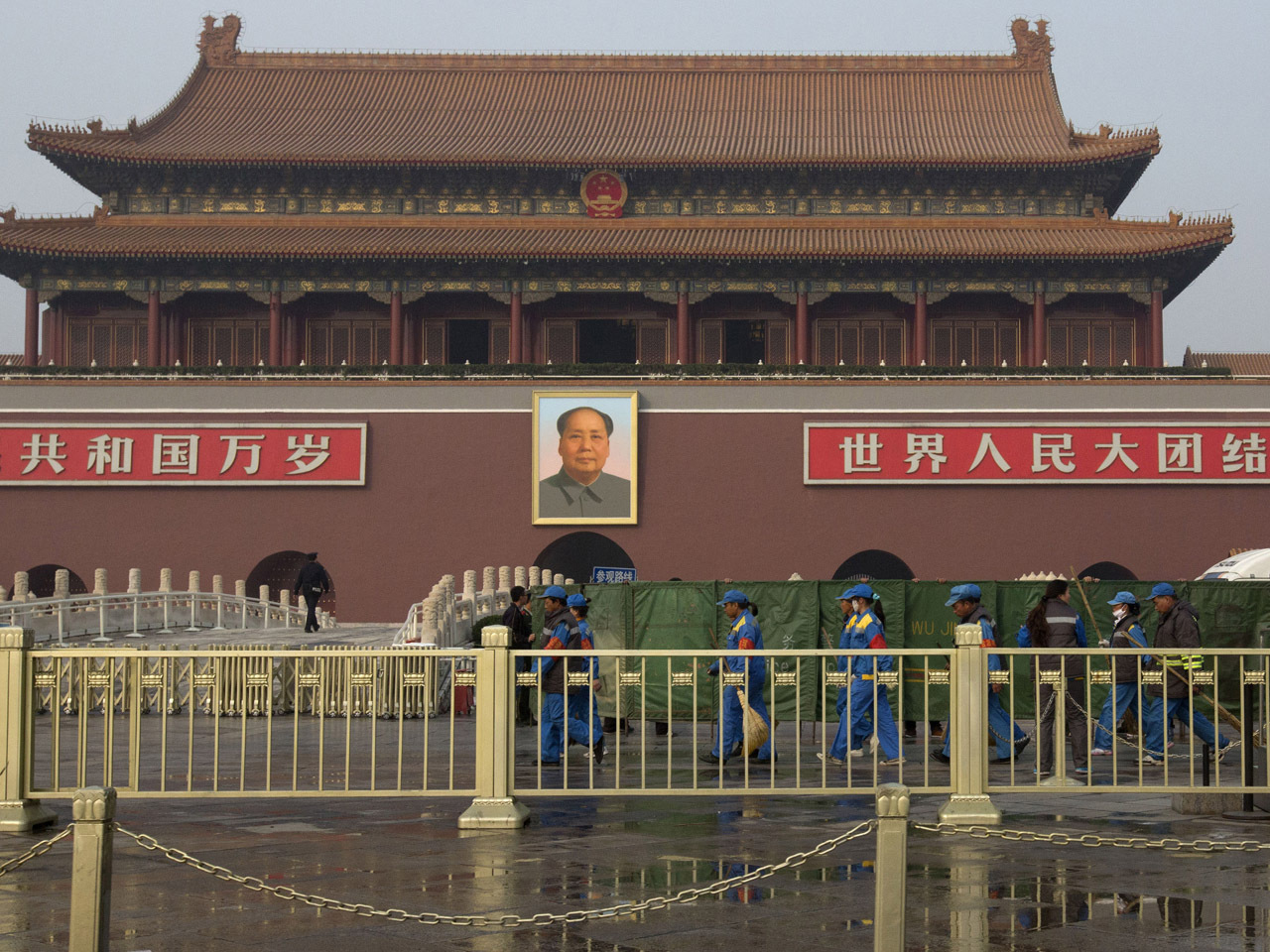 The dead included a female traveler from the Philippines, according to a statement on the Beijing police's microblog. Three other Filipinos and a Japanese man were among the injured, it said, but gave no details about their condition.

No word has been given about a possible cause behind the incident that closed one of the most politically sensitive and heavily guarded public spaces in the country, but authorities erected screens to hide the aftermath and hurriedly cleaned up the scene while images of the crash were taken down from the Internet.

The police notice said they were investigating and taking "effective measures to ensure the capital's safety and stability."

The injured were among the crowds in front of the iconic Tiananmen Gate, where a large portrait of Mao Zedong hangs near where tourists enter the southern entrance to the former imperial palace.

The vehicle burst into flames after crashing into a guardrail of one of the ancient stone bridges leading to the gate, police said.

The statement said the driver had veered inside of a barrier separating a crowded sidewalk from busy Chang'an Avenue then drove along the walkway to Tiananmen Gate, which stands across the avenue from the sprawling Tiananmen Square.

Chang'an Avenue was closed as police and rescue services converged on the area, but the police statement said traffic was restored just over an hour later.

Any incident in the area is considered sensitive because the square was the focus of a 1989 pro-democracy movement that was violently suppressed by the military. The square is still heavily policed to guard against political protests as occasionally happens on sensitive dates.

The incident had every appearance of being deliberate, since the driver apparently jumped a curb at a nearby cross street and traveled about 400 meters (yards) to the spot where it was said to have caught fire while avoiding trees, street lights and at least one security checkpoint.

Police did not immediately release any information about who was inside the car.

Photos of the scene that circulated on the Internet before being taken down showed images of a vehicle emitting thick smoke at Tiananmen Gate. Injured people, including a young girl, lay on the ground, many of them bleeding heavily.

Police said the other tourist killed was a man from the southern province of Guangdong. It didn't say how the three inside the vehicle died.

Authorities swiftly cleared up the scene, first clearing the area of visitors then blocking views of the vehicle wreckage with rectangular screens. Later, there were no remaining signs of fire, car debris or damage to any of the structures in the plaza.

Attendants and concession stand vendors nearby who were asked about incident all said they were not clear on what happened. Such employees are generally understood to be part-time police informants.

The area around the square is one of China's most closely guarded and politically sensitive public venues. Just to the west lies the Great Hall of the People, the seat of China's parliament, while many of China's top leaders live and work just a few hundred yards away in the tightly guarded Zhongnanhai compound.