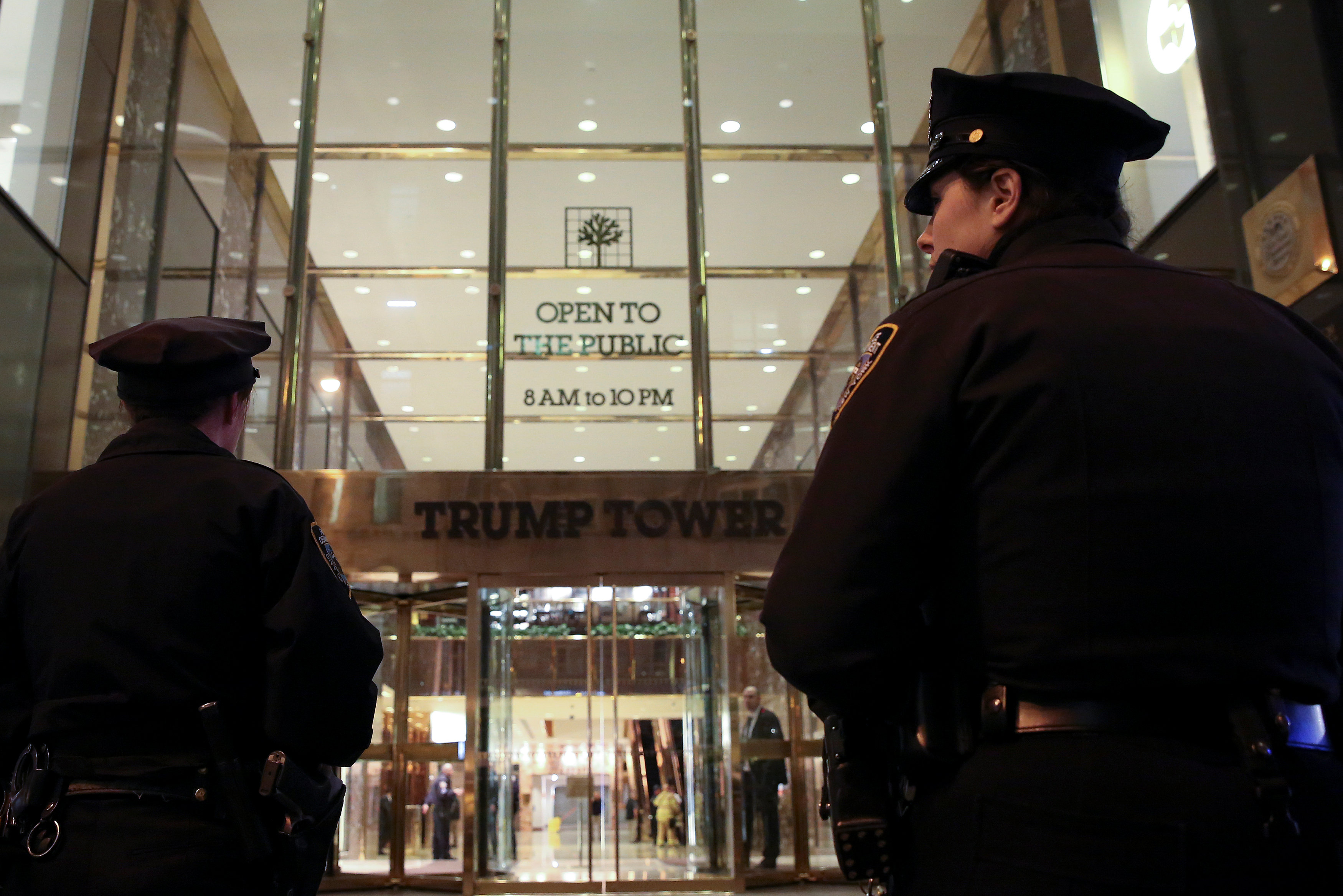 The white powder was found inside an envelope mailed to the campaign office at Trump Tower, located at 725 Fifth Ave. in Midtown Manhattan, around 8 p.m.

Sources tell CBS New York that a male intern opened a letter addressed to Trump's campaign and a white powder spilled out. The intern opened the mail in a 5th floor office for the Trump campaign where volunteers make calls and open mail.

Security in the building re-sealed the envelope and called 911. The Secret Service was also notified.

The intern was decontaminated as a precaution, and other staffers in the vicinity were isolated, sources said. In all, five civilians and a police officer were being isolated and monitored, the FDNY said.

The New York City Department of Health and Mental Hygiene and the NYPD Emergency Services Unit were called to the scene, sources said. The Secret Service and the NYPD were investigating.

Authorities said the powder was a "non-hazardous substance." Additional testing was needed before it could be officially identified.

Police said even if the powder was harmless, whoever sent the mail will be prosecuted.

In March, an envelope containing a non-hazardous white power and threatening letter was sent to the Manhattan apartment of Donald Trump's son, Eric.

Sources told CBS News that a white powder was also found inside that envelope.

The letter warned that if Donald Trump did not drop out of the presidential race, his children could be harmed.