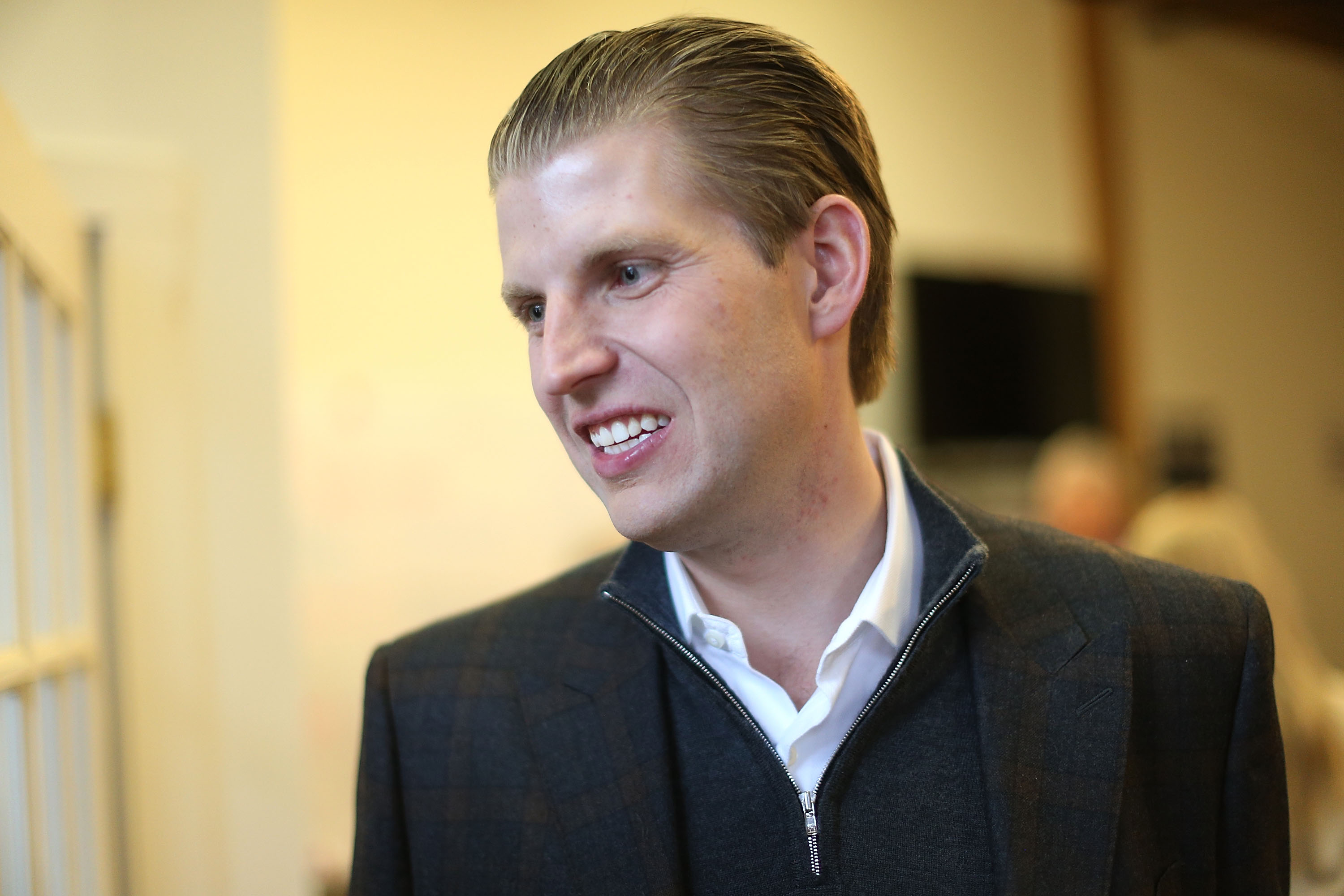 The mail, sent to Eric Trump at his posh Manhattan residence at 100 Central Park South, also known as Trump Parc East, was opened by his wife Thursday.

A source close to the investigation said the letter had a Massachusetts postmark and warned that if Donald Trump doesn't withdraw from the race for the Republican presidential nomination -- paraphrasing -- harm will come to the kids.

A source familiar with the matter said the envelope contained suspicious white powder that's been sent to a lab for testing. The source said a preliminary field test indicated the substance didn't appear to be hazardous.