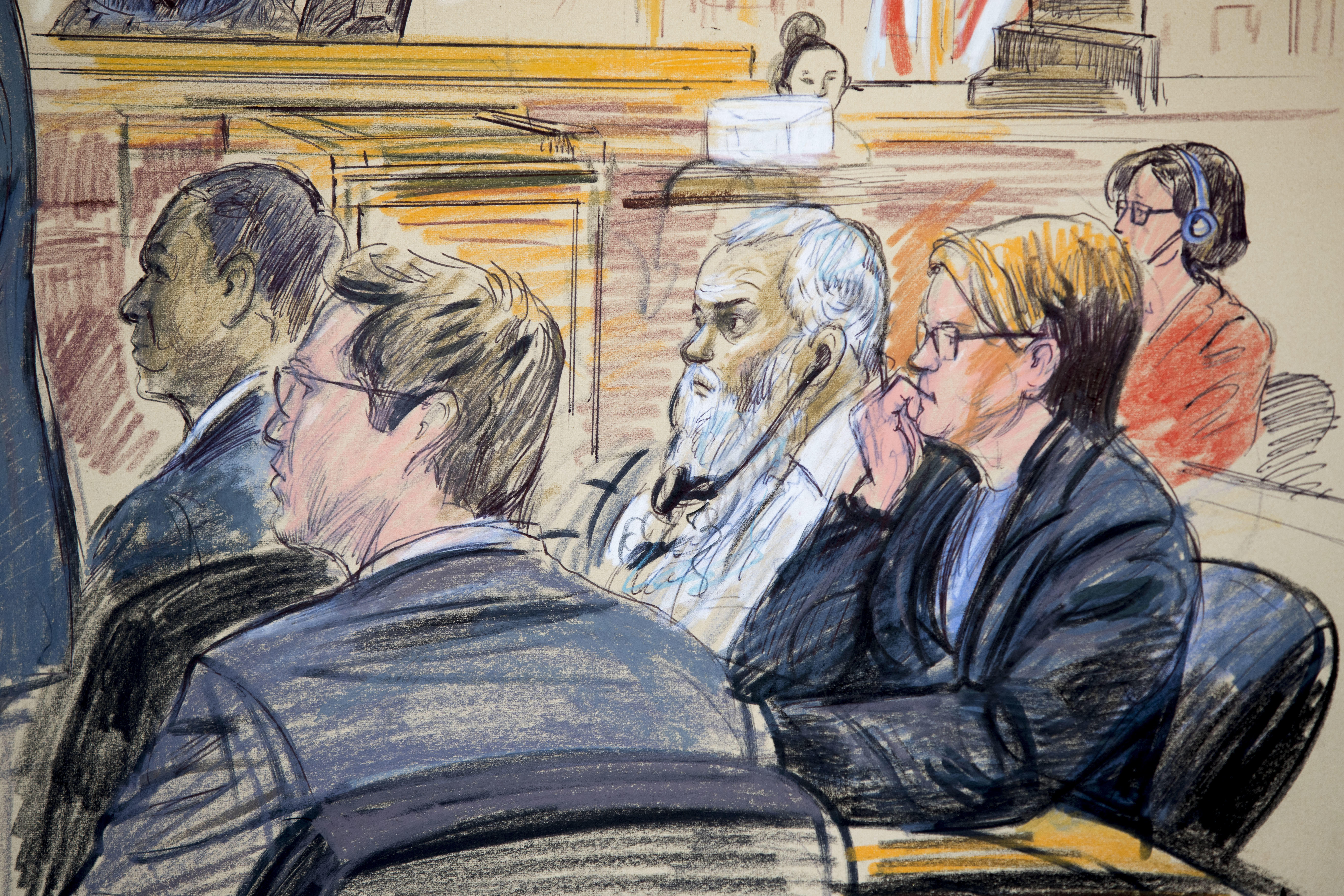 A federal jury on Tuesday acquitted a suspected Libyan militant leader of murder charges stemming from the 2012 Benghazi attacks that killed the U.S. ambassador and three other Americans.

However, Ahmed Abu Khattala was convicted on four other counts. Jurors found Khattala guilty of charges including conspiracy to provide material support for terrorism and weapons charges.

Even with the mixed verdict, Khattala, 46, still faces the possibility of life imprisonment for his conviction on a federal firearms charge. The sentencing date has not yet been set.

Prosecutors accused Abu Khattala of leading a rampage aimed at killing personnel and plundering maps and other property from the U.S. mission in in the Libyan city of Benghazi. Defense attorneys said their evidence against him was shoddy. In all, Khattala was acquitted on 14 of the 18 charges he faced, including the most serious, murder.

U.S. Ambassador Chris Stevens was killed in the diplomatic compound, along with a State Department information management officer. Two more Americans died in a mortar attack at a nearby CIA complex.

In a statement to CIA staffers following the verdict, CIA director Mike Pompeo said "a small measure of justice was meted out."

Prosecutors acknowledged they lacked evidence to show Khattala personally fired any gunshots, but argued he orchestrated the violence out of his hatred for U.S. freedoms and his suspicion that Americans were operating a spy base in Benghazi. They said Khattala led a group of militia "hit men" who could be seen on surveillance footage toting weapons and a gas can the night of the attack.

Their case relied heavily on the testimony of informants, including one who was paid $7 million to befriend Khattala, help the government gather information on him and arrange his capture.

Defense attorneys sought to discount the informants as liars who were paid for their stories. Federal public defender Michelle Peterson said in closing arguments that prosecutors were playing to jurors' emotions to make up for shoddy evidence, including blurry surveillance video on which FBI agents frequently misidentified Khattala. He is a deeply religious man who believes in conservative sharia law as outlined in the Quran, which "is not the same thing as terrorism," Peterson said.

But prosecutors argued the evidence was enough to convict Khattala.

"He was there to kill Americans, and that is exactly what he and his men did," Assistant U.S. Attorney Michael C. DiLorenzo told jurors.

Khattala was captured in a secret military raid in 2014 and brought to the U.S. to stand trial.

The trial, which opened Oct. 2, was one of the most significant terrorism prosecutions in recent years in a U.S. civilian court, even though the Trump administration had argued such suspects are better sent to the military prison at Guantanamo Bay, Cuba. The mixed verdict could revive that debate, even as newly captured terror suspects — including a second man charged in the Benghazi attack — are instead brought to federal court.

Supporters of the military commission system argue valuable intelligence is lost when suspected terrorists are afforded protections of the American legal system. But prosecutors said Khattala provided information about other members of the Islamic extremist militia group blamed for the Benghazi attack. Among the men he pegged was Mustafa al-Imam, who was captured last month and awaits trial in the same federal courthouse in Washington.

The Benghazi attack on Sept. 11-12, 2012, became political fodder in the 2012 and 2016 presidential campaigns. But Khattala's seven-week trial remained largely free of political intrigue.