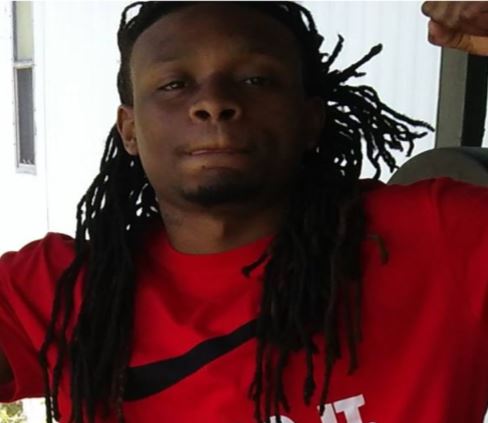 EASTMAN, Ga. - A man charged in the weekend slaying of a Georgia police officer was arrested early Monday in northern Florida, where sheriff's deputies found the suspect hiding in the trunk of his sister's car.

Deeds is charged with murder in the fatal shooting of Eastman Patrol Officer Tim Smith, 30. According to the Georgia Bureau of Investigation, Smith was shot Saturday night while responding to a report of a suspicious person in a residential area of Eastman, about 60 miles southeast of Macon.

Deeds was awaiting transport back to Georgia on Monday from the jail in Nassau County, located on the Georgia-Florida line about 160 miles from the scene of the shooting.

The Georgia Bureau of Investigation and the U.S. Marshals had offered a $15,000 reward for Deeds' arrest, reports CBS Macon affiliate WMAZ.

Leeper said his department received a tip overnight from U.S. marshals saying Deeds might be traveling in a gold Nissan Altima headed for Gainesville, Florida. He said one his deputies spotted the car early Monday traveling south on U.S. 1.

Deeds' sister, 22-year-old Franshawn Deeds, was driving the car and had one passenger, 32-year-old Jamil Marquis Mitchell, in the front seat beside her, the sheriff said.

"After the driver and passenger were detained, a search of the car revealed Royheem Deeds was hiding in the trunk of the vehicle," Leeper said.

Deeds' sister and Mitchell were charged with hindering the apprehension of a fugitive, Leeper said. He said all three had waived extradition back to Georgia. It was not immediately known if any of them had defense attorneys who could comment on the case.

Authorities released few details about the events the led to the shooting.

GBI spokesman Scott Dutton said Monday that a citizen of Eastman called 911 to report a suspicious person armed with a gun was roaming a residential area. Smith arrived on the scene about 9:30 p.m. Saturday.

"He pulls up, he sees who he thinks the call was about and starts to talk to him," Dutton said. "And things happened really quick."

Smith was shot once in the torso. He wasn't wearing body armor, Dutton said, though he had been issued an armored vest.

It's unclear how authorities identified Deeds as a suspect. Smith wasn't wearing a body camera, Dutton said, but he had a dash camera mounted on his patrol car. The officer had also been talking on his radio. Smith was white. Deeds is black.

Dutton said there was no evidence the officer had been lured into an ambush by a bogus call for assistance.

"It was a legitimate call," Dutton said. "A citizen had reported suspicious activity, which is what (the officer) encountered."

Smith had been with the Eastman Police Department since 2011. He was also a father of three who would have celebrated his 31st birthday Monday. Smith had followed his own father into law enforcement, said Randy Rigdon, police chief for the tiny city of Glenwood.

With a population of 730 people, Glenwood employs only two full-time police officers - Rigdon and Lewis Smith, the slain officer's father. Rigdon said Monday that Tim Smith also worked for him as a part-time officer, just a day or two each week when he wasn't on duty in Eastman.

"He was a quiet, humble guy," Rigdon said. "But he was stern in his abilities to keep the weak from being oppressed. He took his job seriously."