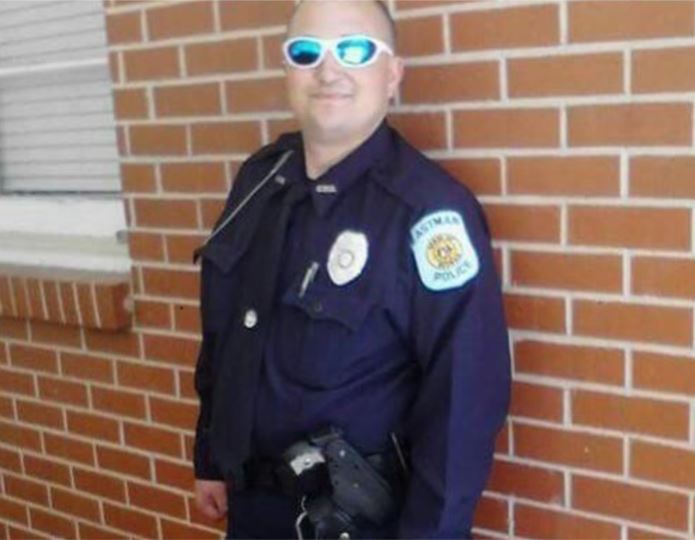 EASTMAN, Ga. - Authorities say a police officer in a small, central Georgia city has been shot and killed by a suspect who remains on the loose.

Special agent Scott Whitley of the Georgia Bureau of Investigations tells The Associated Press that Eastman Patrol Officer Tim Smith, 31, was fatally shot about 9:30 p.m. Saturday in a residential area of the city located about 60 miles southeast of Macon.

Whitley says Smith was responding to a suspicious person call when he encountered the suspect, exited his patrol car and was shot. Smith returned fire before the suspect fled the scene.

CBS Macon affiliate WMAZ reports the shooting happened on Main Street in Eastman, and that Smith was able to call in his injuries.

Officials say Smith had a conversation with the alleged gunman while standing outside of his patrol vehicle before being shot.

Officials say the suspect Deeds is considered armed and dangerous.

Smith was not wearing a body camera.