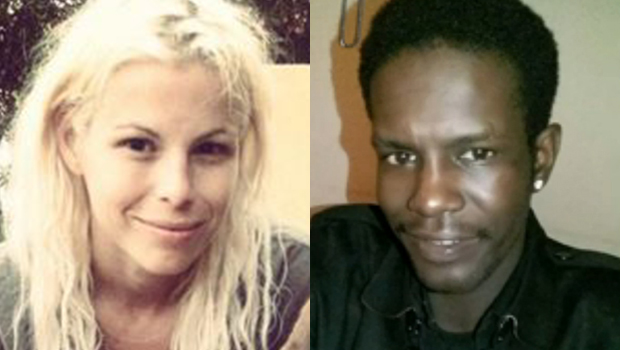 ROME -- An Italian judge on Saturday upheld the arrest of a Senegalese man jailed in the slaying of an American woman, the suspect's lawyer said.

The judge questioned Cheik Tidiane Diaw, suspected of killing Ashley Olsen, at a closed-door hearing earlier in Florence to determine if he should stay in jail. The lawyer, Antonio Voce, said Judge Matteo Zanobini ruled that Diaw should remain behind bars.

While prosecutors have accused Diaw of aggravated homicide, no formal charges have been lodged.

Olsen, 35, originally from Florida, was found dead in her apartment on Jan. 9 after her Italian boyfriend, an artist in Florence, became alarmed when he hadn't heard from her and asked the apartment's owner to let him inside to check.

An autopsy determined she had been strangled a day earlier and also suffered skull fractures. According to witnesses, Olsen and Diaw met at a Florence nightclub a few hours before the attack.

Prosecutors said surveillance video cameras along the route showed the two walked together toward her apartment. They also told reporters that Olsen and Diaw weren't very lucid since they had consumed alcohol and likely other substances. Investigators said the woman was slain after the two had sex, which the prosecutors described as consensual. Lab analyses following last week's autopsy are expected to determine exactly what substances Olsen had consumed.

Voce said Diaw has told investigators that he and Olsen consumed "a lot of cocaine and a lot of alcohol."

Speaking by telephone from Florence, the lawyer also said his client Diaw told the judge at the hearing that he used Olsen's telephone to try to call for help. Investigators have said Diaw took the woman's phone with him when he left the apartment.

According to the lawyer, Diaw denies strangling Olsen, contending he pushed her to the floor twice after she shoved him in what he described as humiliating attempt to make him leave the apartment after sex. Voce says Diaw has also maintained that Olsen was alive when he left the house in a taxi.

Police arrested him after finding traces of his DNA on a condom and cigarette butt in the apartment. Diaw, 27, was living at his brother's flat in Florence and had work giving out publicity flyers about the city's nightclubs.

Olsen's funeral was held Friday in Florence. Her burial had to be in Italy, because the murder probe is still in progress.

Her father teachers at a design school in Florence, a city that draws foreigners for its Renaissance architecture and its art-rich museums and churches.

CBS News correspondent Allen Pizzey previously reported that Olsen had been living in Florence for about three years and was described as well-known and popular in her neighborhood.

She came to Florence to be near her father, a professor at a local design institute, and start life over after a divorce.

A prolific user of social media, she even posted a line from the book and movie "Eat, Pray, Love" about an American woman who came to Florence to find herself.

But her last post was of a graffiti with the words, "Kiss me hard before you go."

Investigators have yet to identify a motive.

Her apartment was described by the landlady and Olsen's boyfriend as being in a state of disarray.

Olsen spent most of Friday night in the Montecarla nightclub, a Florence hot spot that had a history of problems with drug dealing and other public order offences.

Her father Walter was seen laying flowers outside the apartment where she was murdered on Monday. He said in a written statement at the time that he had confidence that the perpetrator of "a horrible and senseless crime" would be found and sentenced quickly.

In the statement Olsen described his daughter as "a beautiful and creative young woman, with a happy, exuberant and generous soul," adding..."we are heartbroken she was taken from us."