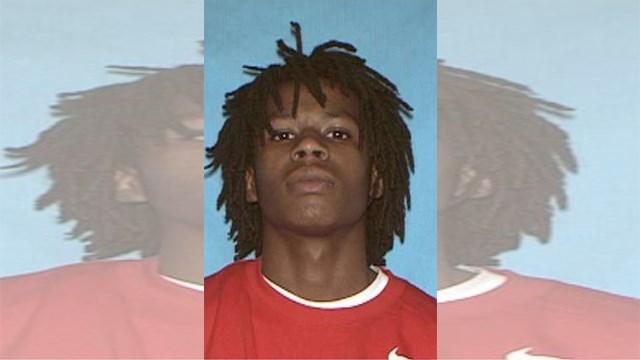 KANSAS CITY, Mo. -- A Kansas City man is charged in the shooting deaths of two men and is a suspect in three other killings that occurred along or near south Kansas City hiking and biking trails, prosecutors announced Tuesday.

Fredrick Demond Scott, 22, is jailed on two counts of first-degree murder and two counts of armed criminal action in the deaths of Steven Gibbons, 57, and John Palmer, 54. Prosecutors said DNA evidence connected him to the victims.

Prosecutors said Gibbons was shot in the back of the head as he walked along a south Kansas City street. His death had not been mentioned previously as related to four homicides along trails that were being investigated as possibly linked.

A probable cause statement says surveillance video showed Scott following Gibbons off a Kansas City bus and down a south Kansas City street on Aug. 13. He was later seen running from the scene of Gibbons' shooting and detectives linked him to the case through DNA taken from an iced tea bottle and a cigarette butt, prosecutors said.

Palmer was killed Aug. 19, 2016, in a wooded area near the Indian Creek trail, one of four deaths that police connected in May because they were all near trails and the victims were middle-aged, white men.

"At this moment there remains insufficient evidence to charge Scott" in the other cases, Baker said. "We expect today's charges will ease some of the concerns (in the deaths of) men walking on the trail, but we are only charging in two. We need the public's help in solving all five of these homicides."

Scott told investigators he was upset about the 2015 stabbing death of his brother, according to police. Scott said he shot the two victims, investigators said.

The other victims are Mike Darby, 61, who was found dead May 18 along Indian Creek Trail; David Lenox, 67, found killed Feb. 27 a few feet from his front door while walking one of his dogs; and Timothy S. Rice, 57, who was found dead April 4 inside a shelter at Minor Park.

"Anyone who shoots innocent people walking on a trail should be prosecuted as heavily as possible," Shaton Duncan, who lives near the trail, told CBS affiliate KCTV.

The slayings terrorized the community for months.

"I was in the Army overseas but I didn't want to walk on the trail by myself, that's how dangerous it felt," area resident Chuck Loomis told the station.

Scott was in custody Tuesday at the Jackson County jail. A phone call to a public defender listed in online court documents was not immediately returned.