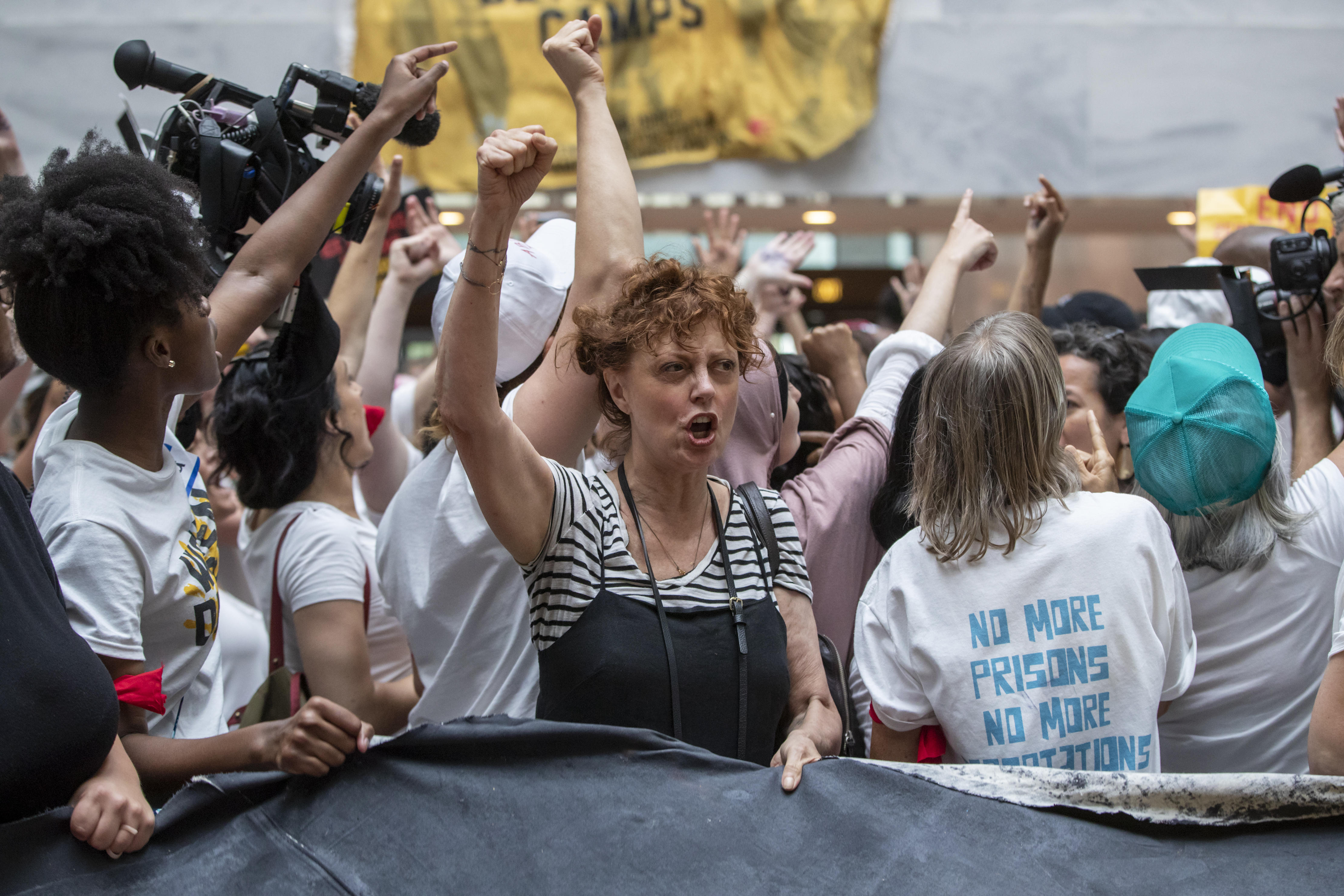 Susan Sarandon was one of the roughly 575 people arrested during a Capitol Hill protest of President Trump's immigration policies and family separations at the southern border on Thursday. The group, including Rep. Pramila Jayapal, a Democrat from Washington state, were charged with unlawfully demonstrating.

Sarandon tweeted from the rally, where she and other women carried banners that said, "We demand ... end all detention camps." They also declared, "We care," in response to the jacket first lady Melania Trump wore last week.

The protest took place in the atrium of the Hart Senate Office Building. According to U.S. Capitol Police, the individuals were processed on the scene and released. The demonstrators were there to protest the Trump administration's "zero-tolerance" policy that treats all illegal border crossings as criminal offenses. Mr. Trump signed an executive order last week ending family separations, but up some 2,000 children remained separated. A federal judge has ordered that families separated at the border be reunited within 30 days.

Sarandon has a long history of political activism. Earlier in June, she participated in a march against gun violence in New York. The march was one of several taking place around the country to protest gun violence and urge lawmakers to pass gun restrictions, AP reported.

In spite of her outspokenness against Mr. Trump's policies, the actress was heavily criticized by liberals for saying in 2016 that she was more scared of Hillary Clinton's "hawkishness" than of Mr. Trump's platform of "building a wall." She was an outspoken supporter of Sen. Bernie Sanders in the presidential election.