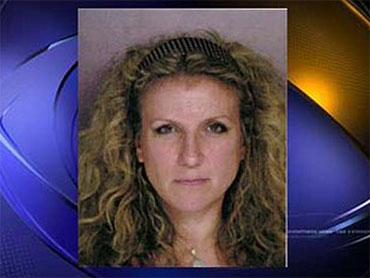 BENSALEM, Pa. (CBS/AP) - How desperate was Susan Finkelstein to have World Series tickets?

VERY desperate, investigators say. So desperate, in fact, they say the 43-year-old suburban Philadelphia woman posted an ad on the Web site Craigslist in which she described herself as a "gorgeous, tall, buxom blonde diehard Phillies fan" desperately seeking Series tickets, according to CBS station KYW-TV in Philadelphia.

Her ad, according to police, suggested she'd offer something extra. "I'm the creative type! Maybe we can help each other!"

The price was apparently negotiable.

What sealed the deal was when an undercover officer responded to the digital ad, and Finkelstein allegedly offered to perform various sex acts in exchange for the coveted tickets. Police did not say precisely what this Phillies fanatic was willing to do to see her beloved team play the Yankees.

No, Finkelstein didn't get the tickets. Instead, she was arrested and charged with prostitution, and got her face plastered across television -- and on Crimesider.

If you happen to have extra tickets we suggest you look elsewhere. Finkelstein's listed phone number has been disconnected.

Hope she's out in time to watch the game.

Still, Finkelstein's plight brings up an interesting point. What would you be willing to do to see your favorite team in the World Series?