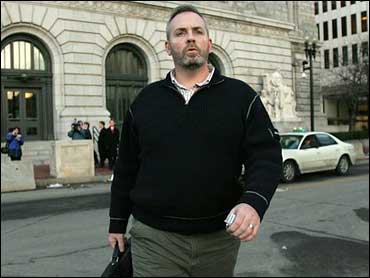 Richard Hatch, who won $1 million in the debut season of "Survivor," was sentenced Tuesday to 51 months in prison for failing to pay income taxes on his reality TV prize and other earnings.

Hatch, 45, was convicted in January. The charges carried a maximum of 13 years in prison.

U.S. District Judge Ernest Torres said he issued a harsher than expected sentence because Hatch had committed perjury repeatedly during his trial.

"It seems unfortunately very clear to me that Mr. Hatch lied," Torres said. When Hatch was convicted, Torres said he expected to sentence him to 33 to 41 months.

"I believe I've been completely truthful and completely forthcoming throughout the entire process," Hatch told the judge before he was sentenced.

Hatch claimed he thought the show's producers would pay his taxes and pleaded ignorance about money matters, saying he forgot to tell his accountants about some income.

"Survivor" earned CBS a ratings hit. Hatch became known as "the fat naked guy" — a term coined by late-night host David Letterman — for refusing to wear clothes during much of the show.

Hatch sowed seeds of conflict among his competitors, and an estimated 51 million viewers were watching when he received his winning check.

At times, he seemed to handle his criminal case like an extended reality TV competition. He abruptly walked away from a plea deal with prosecutors and pleaded his innocence to Katie Couric on the "Today" show.