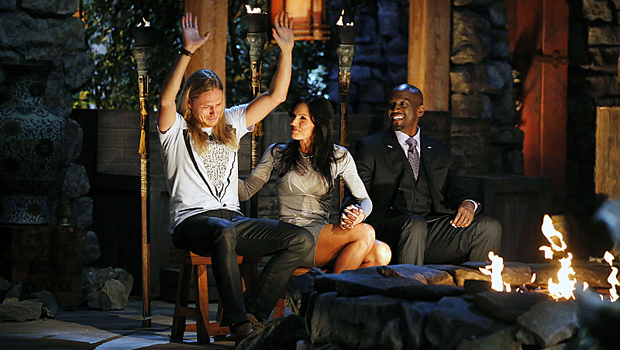 "Survivor: Blood vs. Water" has a winner.

Apostol teared up as his name was announced by "Survivor" host Jeff Probst at the live reunion special in Los Angeles.

The final three players came down to Apostol and fellow returning castaways Monica Culpepper (who came in second place, receiving one vote from the jury) and Gervase Peterson (who came in third, receiving no votes).

Earlier in the episode, Apostol secured his place in the finale by winning two immunity challenges. While he was safe, Ciera Eastin and then Tina Wesson (who returned to the game after a stint on Redemption Island) were voted out and became members of the jury.

This was the first season that used the "Blood vs. Water" twist, where returning players competed with their loved ones.

Tell us: Did the right person win "Survivor: Blood vs. Water"?