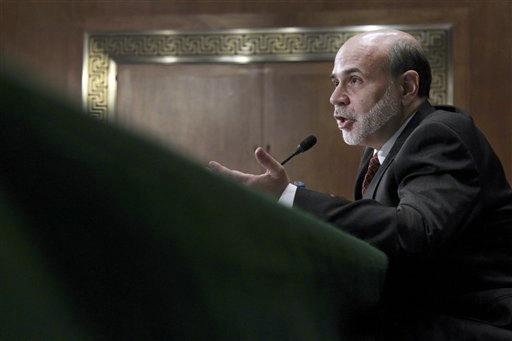 In an announcement that conjured up thoughts of the movie "Jurassic Park," researchers revealed they had recovered soft tissues that resemble blood vessels and even cells from a 70-million-year-old Tyrannosaurus rex.

They don't know if they'll be able to recover DNA — the blueprint to life that was the key to recreating the giant animals in the fictional film.

But scientists are excited about the chance to learn more about what went on inside the great beasts, perhaps to learn what they were really made of.

If they can isolate proteins from the material, they may be able to learn new details of how dinosaurs lived, said lead researcher Mary Higby Schweitzer of North Carolina State University.

"We're doing a lot of stuff in the lab right now that looks promising," she said in a telephone interview.

The soft tissues were recovered from the thighbone of a T. rex, known as MOR 1125, that was found in a sandstone formation in Montana. The dinosaur was about 18 years old when it died.

The bone was broken when it was removed from the site. Schweitzer and her colleagues then analyzed the material inside the bone.

"The vessels and contents are similar in all respects to blood vessels recovered from ... ostrich bone," they reported in a paper bring published Friday in the journal Science.

Because evidence has accumulated in recent years that modern birds descended from dinosaurs, Schweitzer said she chose to compare the dinosaur remains with those of an ostrich, the largest bird available.

Brooks Hanson, a deputy editor of Science, noted that there are few examples of soft tissues, except for leaves or petrified wood, that are preserved as fossils, just as there are few discoveries of insects in amber or humans and mammoths in peat or ice.

Soft tissues are rare in older finds. "That's why in a 70-million-year-old fossil it is so interesting," he said.

Matthew Carrano, curator of dinosaurs at the Smithsonian's National Museum of Natural History, said the discovery was "pretty exciting stuff."

"You are actually getting into the small-scale biology of the animal, which is something we rarely get the opportunity to look at," said Carrano, who was not part of the research team.

In addition, he said, it is a huge opportunity to learn more about how fossils are made, a process that is not fully understood.

Richard A. Hengst of Purdue University said the finding "opens the door for research into the protein structure of ancient organisms, if nothing else. While we think that nature is conservative in how things are built, this gives scientists an opportunity to observe this at the chemical and cellular level." Hengst was not part of the research team.

John R. Horner of the Museum of the Rockies at Montana State University, said the discovery is "a fantastic specimen," but probably is not unique. Other researchers might find similarly preserved soft tissues if they split open the bones in their collections, said Horner, a co-author of the paper.

Most museums, he said, prefer to keep their specimens intact.

Schweitzer said that after removing the minerals from the specimen, the remaining tissues were soft and transparent and could be manipulated with instruments.

The bone matrix was stretchy and flexible, she said. Also, there were long structures like blood vessels. What appeared to be individual cells were visible.

She did not know if they were blood cells. "They are little round cells," Schweitzer said.

She likened the process to placing a chicken bone in vinegar. The minerals will dissolve, leaving the soft tissues.

The research was funded by North Carolina State University and grants from N. Myhrvold and the National Science Foundation.