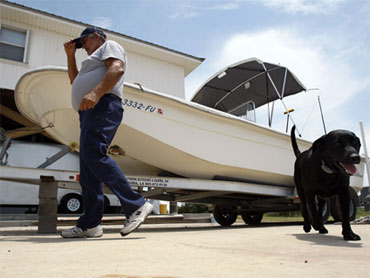 Quietly leaving his post as surgeon general, Dr. Richard Carmona said he would judge himself successful if he had persuaded one student to make good health choices or one mother to stop smoking.

Carmona's report condemning secondhand smoke was a hallmark of his tenure as the nation's 17th surgeon general.

That report, issued just over a month ago, will fuel nationwide efforts to ban smoking in public, predicted Dr. Georges C. Benjamin, executive director of the American Public Health Association.

"I think that report is going to turn out to be the nail in the coffin to the tobacco industry," Benjamin said. "I certainly hope so."

Carmona's term expired over the weekend with no announcement from the Health and Human Services Department. The department did send out an internal memo from Assistant Health Secretary John Agwunobi saying he regretted Carmona's term was up, and on Monday a letter Carmona wrote to his fellow officers of the U.S. Public Health Service began to circulate on Capitol Hill.

He cited several accomplishments in the letter, including educating Americans about the importance of preparing for natural and manmade disasters. He also noted his focus on trying to eliminate health disparities among parts of the population on such diseases as AIDS or diabetes.

Carmona said in the letter that he was returning to civilian life, but provided no specifics.

"I know that in the end, people will ask if my four years as the surgeon general did any good, and, honestly, only time will tell," Carmona wrote.

He said it would be all worth it if one student he talked to was dissuaded from making bad health choices, or if one mother quit smoking to improve her child's health.

Carmona had a lower public profile than some of his immediate predecessors, such as C. Everett Koop, who served two terms, Joycelyn Elders, who served about half a term, and most recently, David Satcher.

"I think he was in a tough time," Benjamin said. "Here you have a guy who had significant experiences in preparedness and trauma and emergency care, and I wish we had used him more effectively in that role."

"He has helped provide good leadership and counsel to the department on prevention issues," Pearson said. "I would point to the recent smoking report he did, which got unprecedented attention. He also raised the profile of childhood obesity."

Pearson referred to the White House questions about Carmona's potential successor. But Emily Lawrimore, a White House spokeswoman, said it would not comment on personnel matters.