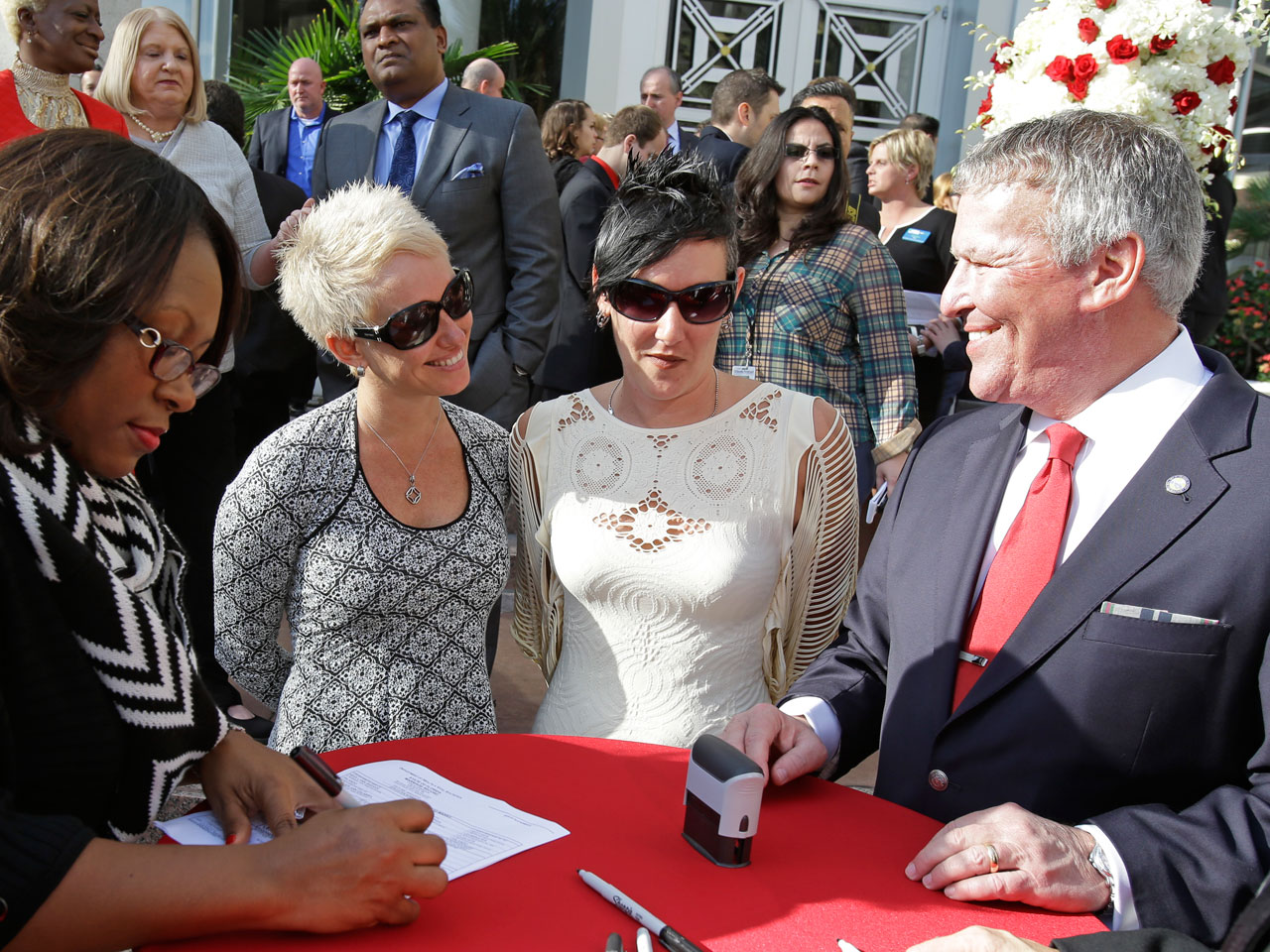 ORLANDO, Fla. - More than 40 same-sex couples were married Tuesday morning on the steps outside City Hall in Orlando, Florida.

The state's ban on same-sex marriage ended at midnight -- and court clerks in some counties wasted no time, issuing marriage licenses and performing weddings in the early morning hours.

At the Orlando event, there was a four-tier wedding cake featuring a rainbow-colored bottom. Orlando's gay chorus sang, "Over the Rainbow." Many of the couples were accompanied by their young children.

At a courthouse in Kissimmee, south of Orlando, County Commissioner Cheryl Grieb married Patti Daughterty, her partner of 22 years. She said, "It's been a long time coming" -- and that she and her new wife are "just so excited and so happy."

Florida Family Action filed a lawsuit against Orlando Mayor Buddy Dyer in an effort to stop the ceremony, as well as others across the state, reports CBS affiliate WKMG in Orlando. The group fought for a gay marriage ban in Florida, which was approved by voters in 2008.

"We live in a democracy, and regardless of our disagreements, we have to respect the rule of law," Bush said in a statement.