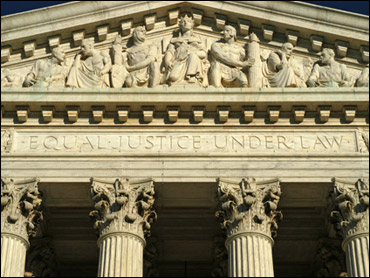 The Supreme Court rejected on Tuesday a convicted killer's claim that police violated his Miranda rights, ruling that criminal suspects must clearly tell police they wish to remain silent to stop detectives from questioning them.

The 5-4 decision by Justice Anthony Kennedy said criminal suspects being questioned by officers must say they don't want to talk, instead of merely sitting there silently during an interrogation.

The case came about after a murder suspect, Van Chester Thompkins, was read his Miranda rights and then sat silently while detectives questioned him about a shooting. But near the end of a three-hour interrogation, which detectives said was basically a police monologue, Thompkins answered "yes," when asked if he prayed to God to forgive him for the shooting.

"If Thompkins wanted to remain silent, he could have said nothing in response ... or he could have unambiguously invoked his Miranda rights and ended the interrogation," Kennedy wrote. "Police are not required to re-warn suspects from time to time."

"Criminal suspects must now unambiguously invoke their right to remain silent--which, counterintuitively, requires them to speak," she wrote. "At the same time, suspects will be legally presumed to have waived their rights even if they have given no clear expression of their intent to do so."