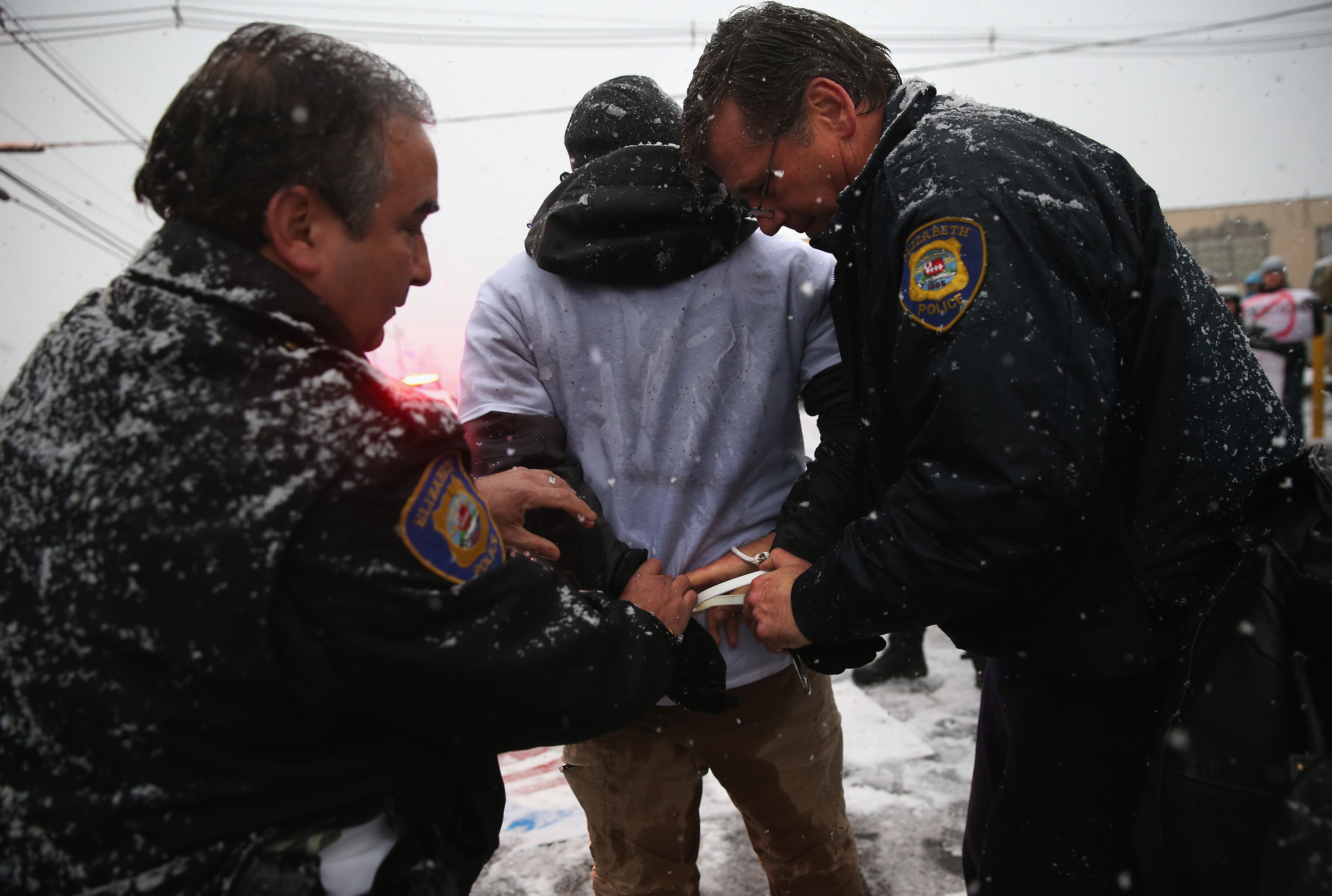 Police may not generally search the cellphones of people they arrest without first getting search warrants, the Supreme Court unanimously ruled Wednesday.

The court said cellphones are powerful devices unlike anything else police may find on someone they arrest. Because the phones contain so much information, police must get a warrant before looking through them, Chief Justice John Roberts wrote for the court. Justice Samuel Alito wrote a separate opinion concurring in part and concurring in the judgment.

"Modern cell phones are not just another technological convenience. With all they contain and all they may reveal, they hold for many Americans 'the privacies of life,'" Roberts wrote. "The fact that technology now allows an individual to carry such information in his hand does not make the information any less worthy of the protection for which the Founders fought."

The Supreme Court previously had ruled that police could empty a suspect's pockets and examine whatever they find to ensure officers' safety and prevent the destruction of evidence.

The Obama administration and the state of California, defending the cellphone searches, said cellphones should have no greater protection from a search than anything else police find.

However, Roberts wrote, "Digital data stored on a cell phone cannot itself be used as a weapon to harm an arresting officer or to effectuate the arrestee's escape. Law enforcement officers remain free to examine the physical aspects of a phone to ensure that it will not be used as a weapon--say, to determine whether there is a razor blade hidden between the phone and its case. Once an officer has secured a phone and eliminated any potential physical threats, however, data on the phone can endanger no one."

The defendants in these cases, backed by civil libertarians, librarians and news media groups, argued that cellphones, especially smartphones, are increasingly powerful computers that can store troves of sensitive personal information.

The court validated that and noted the ubiquity of cellphones.

Prior to the digital age, people did not typically carry a cache of sensitive personal information with them as they went about their day," Roberts wrote. "Now it is the person who is not carrying a cell phone, with all that it contains, who is the exception."

The court's answer to what police must do before searching phones is simple: "Get a warrant," Roberts said.

In San Diego, police found indications of gang membership when they looked through defendant David Leon Riley's Samsung smartphone. Prosecutors used video and photographs found on the smartphone to persuade a jury to convict Riley of attempted murder and other charges. California courts rejected Riley's efforts to throw out the evidence and upheld the convictions.

The court ordered the California Supreme Court to take a new look at Riley's case.

In Boston, a federal appeals court ruled that police must have a warrant before searching arrestees' cellphones.

Police arrested Brima Wurie on suspicion of selling crack cocaine, checked the call log on his flip phone and used that information to determine where he lived. When they searched Wurie's home and had a warrant, they found crack, marijuana, a gun and ammunition. The evidence was enough to produce a conviction and a prison term of more than 20 years.

The appeals court ruled for Wurie, but left in place a drug conviction for selling cocaine near a school that did not depend on the tainted evidence. That conviction also carried a 20-year sentence. The administration appealed the court ruling because it wants to preserve the warrantless searches following arrest.

The justices upheld that ruling.