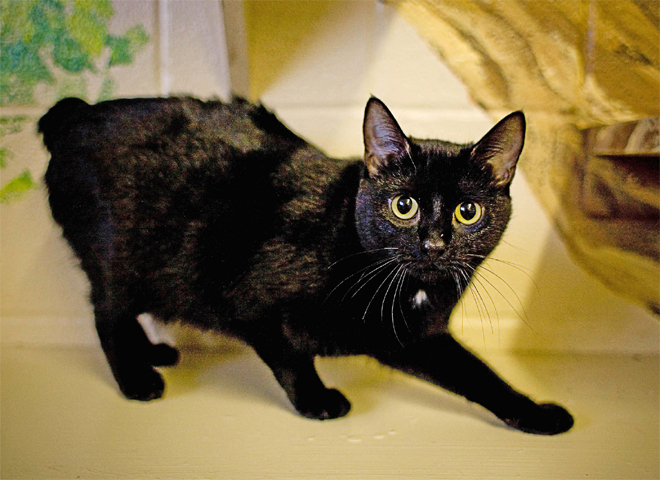 (CBS News) A menacing ladder, a black cat. Perhaps I'd better knock wood before proceeding. No need to apologize if the approach of Halloween makes you extra superstitious. Many successful people harbor superstitions aplenty - and serious scientists find superstition a rich field of study. Our Cover Story is reported by Susan Spencer of "48 Hours":

Casey Daigle pitched in the major leagues; his wife, Jenny Finch, won Olympic medals in softball. Their proud careers were built on talent, and (although they don't like to admit it) a little superstition, some of it pretty strange . . .

Before each game Casey would put his socks on a certain way. "There was months, there was weeks that I wouldn't shave," he said, "as bad as it itches, and I mean you're in the summer playing in Arizona. It's 115 degrees and you got a beard! But you gotta suck it up, that's part of it."

​Lincoln assassination: The other murder attempt

According to a study by a Cal State University Professor, former sweethearts who meet up later in life, and are single, have a better than 70 percent chance of getting back together for good

in baseball such routines are routine. Legend Wade Boggs ate chicken before each game. Pitcher Turk Wendell brushed his teeth between innings. And in the classic movie "Bull Durham," one player wore a garter under his uniform.

Fans, too, have countless compulsions; a new beer commercial pokes fun at a few.

But Casey Daigle says his routines were no laughing matter.

"There's been times that you forget something or you don't do something. And it's sad to say but it's panic mode. It's horrible, yeah, it's bad. I mean, thinking about it, it's absolutely ridiculous, but when you're in the moment, I mean, it's not ridiculous at all. It's life or death."

Count yourself lucky if you're NOT superstitious. Connecticut College psychologist Stuart Vyse says most people ARE. In a world where we prize science, it may not be something to be proud of.

What is superstition? "A belief or an action that is inconsistent with science," said Vyse. "And it needs to be aimed at bringing about good luck, or avoiding bad luck."

"So more Americans have some specific superstition than believe in evolution?" asked Spencer.

"That's right, that's right. That would be true. And that's not a good thing."

In Halloween, we even have a holiday that CELEBRATES superstitions - and nowhere are they celebrated more than at New York City's Blood Manor Haunted House, where you're surrounded by ferocious black cats and broken mirrors. Bring ALL your lucky rabbit's feet!

And like any good advertisement, superstitions have the power to overcome your rational brain, said Gilovich.

"One of the interesting things about superstitions is their seemingly arbitrary nature," he said. "Like, why 13? Why black cats? Why ladders? Don't walk under that ladder! It has no rational bearing. But now you feel like you're tempting fate and the outcome, a bad outcome, that could befall you is going to be worse because you deliberately did something that people tell you you shouldn't do."

"And is the outcome likely to be worse?" asked Spencer.

"No! Absolutely not," laughed Gilovich.

But here's what's really scary: Gilovich says our brains are wired to believe this nonsense - to find cause and effect where there is none.

"The baseball player who has this elaborate superstition about putting socks on in a certain order, he noted he didn't try to remember this; the mind just registered that when he put his socks on that particular day, something good happened. And therefore that becomes hard to ignore," said Gilovich.

Casey Daigle explained: "You go out and as a hitter you go one game, you go four for four with two doubles and a triple. Well, every baseball player I know almost is going to think in their head, What did I do during the day today that got me to go four for four? Well, if there's a couple of things that stick out, I bet the bank account they're going to do it tomorrow."

That's an even safer bet when things are tense.

And without nervousness, there might be no superstitions at all.

Jennifer Whitson at the University of Texas in Austin says superstitions grow out of our need to take charge of situations, and to reduce anxiety: "If you're just a more anxious person, you are sort of set up to be a little bit more superstitious. You just have a lot more ambient anxiety.

"We become very anxious when we lack control. And one of the ways if we can't regain it objectively is to try and regain it perceptually. Maybe I can't actually keep something bad from happening to me. But if I knock on wood, then I've done something. Right? I've taken action. And that can help someone feel less anxious as a result."

When anxiety goes down, performance goes up. That's when superstitions just may work.

In a new study, researchers gave golf balls to two groups of people: One group was told they had 'lucky" golf balls, the other was not.

Guess what: Those with the "lucky" golf balls were 35 percent more likely to make their putts.

So maybe Jennie Finch and Casey Daigle were onto something?

When asked who between the two of them was more superstitious, Jennie said Casey ,"for sure."

No need to feel ashamed. It's the season for such things - and even the most scientific among us have moments of weakness.

Jennifer Whitson admits, "I will occasionally knock on wood, even as I tell myself this is not going to do anything."

And Stuart Vyse? "Well, I'm not a superstitious person at all. But I was once on a flight coming home from a conference and it was a very turbulent flight. And I don't handle turbulence well. I don't like it at all.

"And a colleague was sitting next to me and he turned to me and said, 'Stewart, did you notice that we're sitting in the 13th row?' I mean, for a moment there I felt a little anxious. My heart rate went up.

"And then I realized, 'Well, wait a second - if the plane goes down ALL the rows are going down, not just the 13th row!'" Vyse laughed. "But I think it shows that we're all vulnerable to it."