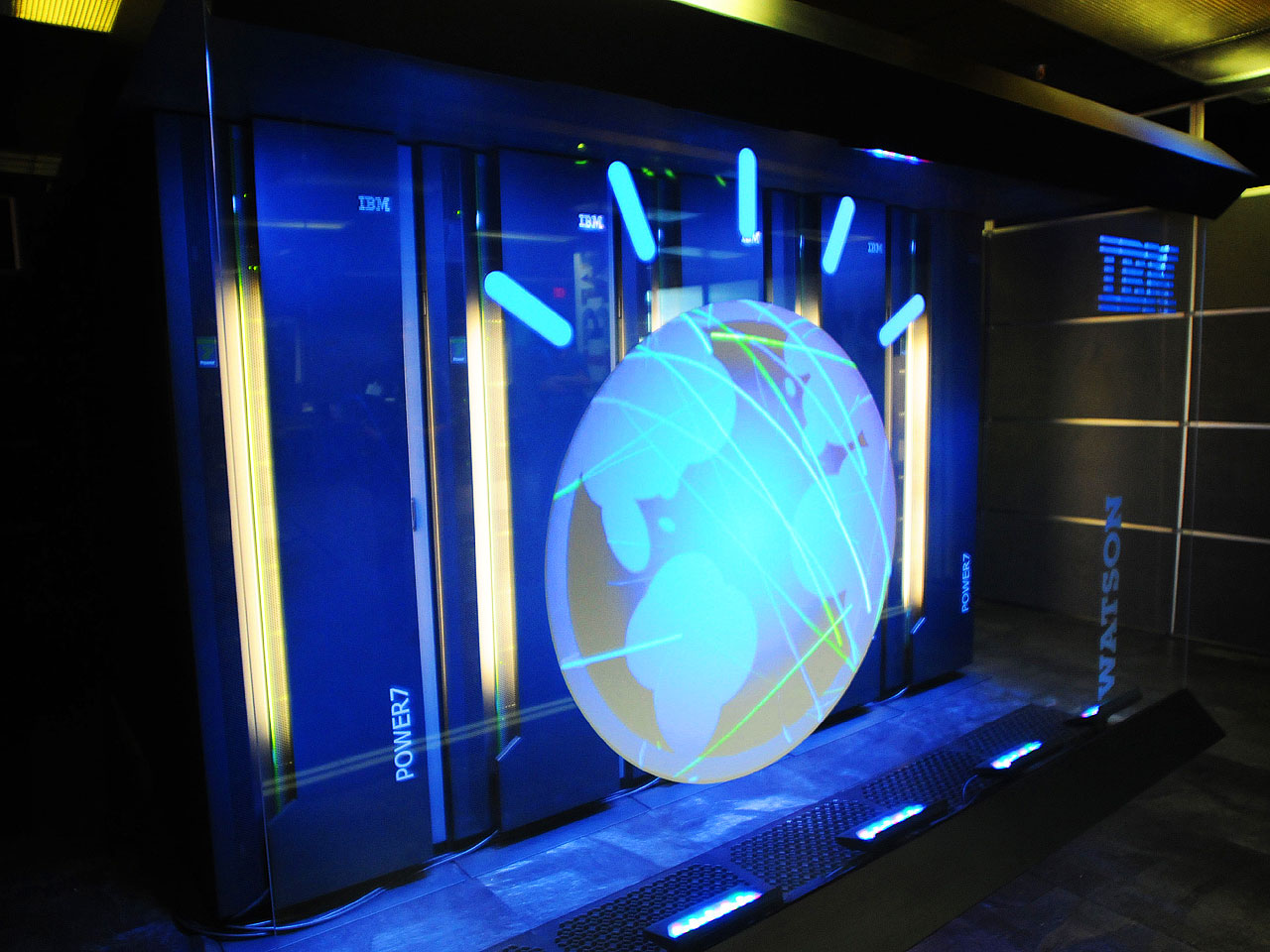 What's Watson up to now? The genius computer is in New York City at Memorial Sloan-Kettering Cancer Center, absorbing the latest knowledge in oncology research from one of the top cancer hospitals in the country.

IBM and Memorial Sloan-Kettering said Thursday that they will add the latest in cancer research - and the hospital's accumulated experience - to Watson's vast knowledge base, and keep updating it.

"The capabilities are enormous," said Dr. Larry Norton, deputy chief for breast cancer programs at Sloan-Kettering. "And unlike my medical students, Watson doesn't forget anything."

The training at Sloan-Kettering will take time, and it may be the end of next year before patients at the hospital are benefiting from Watson's speed and vast database of knowledge, said Dr. Martin Kohn, chief medical scientist at IBM. If successful, the finished product could be accessed from anywhere in the world to aid cancer treatment.

Kohn said there's a rule of thumb that it takes 15 years for breakthroughs in medicine to be disseminated around the world. "So any process that can help get valuable information about choices and treatment out into general use more rapidly obviously is an improvement," he said.

IBM hasn't decided yet how to market it and is focusing more on development. Both IBM and the hospital have invested in the plan but would not disclose specifics.

Watson will be fed past and recent cancer research and - with permission - individual medical records. Then it will be tested with more and more complicated cancer scenarios and assessed with the help of an advisory panel, Kohn said. It's expected to speedily suggest diagnoses and treatments, ranking several alternatives.

The computer's grasp of the scientific literature - and its ability to find the right passage in seconds - will help doctors keep up with the ever-expanding amount of available information, the doctors said.

But Norton said it's the patient records at Sloan-Kettering - with plain-language notations that Watson can understand - that will add "wisdom" to what the computer learns.

The hospital, founded in 1884, says it's the world's oldest and largest private cancer center.

"Because of our size and experience, we have super-specialized physicians in every field of cancer," Norton said. "And all of what they actually do is capturable in the language of our electronic medical records.

"You boil together knowledge and sophistication and experience and what you have is wisdom," Norton said. "No one's ever captured wisdom before in a way that can facilitate medical decision making."

Watson can even be instructed about individual patient preferences, Kohn said. When evaluating treatments, for example, it could take into account that a patient feels strongly about not losing her hair.

"Or a patient says, `My daughter is getting married in six months. No matter what, I have to live that long,'" Kohn said. "Then that influences the treatment."

Last May, IBM announced Watson would be groomed to become a bedside medical tool to help diagnose illnesses quickly and accurately following the supercomputer's impressive run against human competitors on "Jeopardy!", HealthPopreported. During a demonstration, doctors read Watson a case about a patient with eye problems and history of arthritis, and the computer came back with a Lyme disease diagnosis with 73 percent certainty.

"You do get eye problems in Lyme disease, but it's not common," Dr. Herbert Chase, a professor of Medicine at Columbia University, said at the time. "You can't fool Watson."

Shortly after, Watson's skills were solicited by insurance giantWellPoint Inc. to sort through claims, using data from medical journals and text books and patients medical records to recommend a test or treatment.

Here's an infographic on how Watson can advance cancer care.