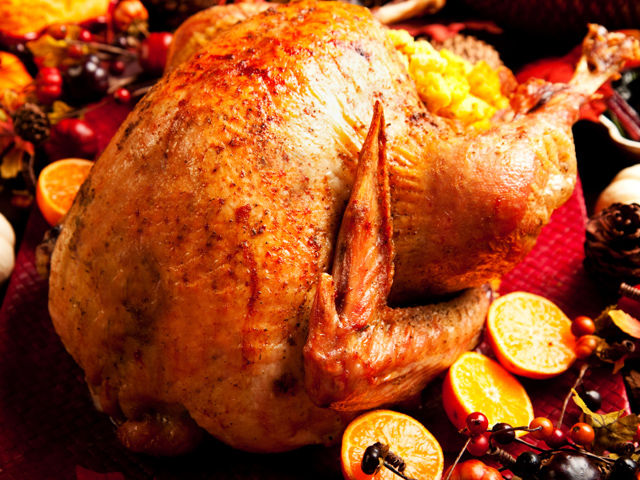 Ah, Thanksgiving - the turkey, the stuffing and the $1.2 trillion of spending cuts...

Yes, ladies and gentlemen, the Joint Committee on Deficit Reduction (aka six Republicans and six Democrats who together form "the supercommittee") is rapidly approaching the November 23rd deadline to slash government spending by $1.2 trillion over the next 10 years. How typical of lawmakers to select a deadline that coincides with one of the most beloved national holidays. Buzz kill, anyone?

Actually, although the technical deadline is Wednesday, the real one is midnight tonight, since members by law need 48 hours to read any plan before voting on it. Cynics out there (who, moi?) might also believe that Congressmen and women are not really going to screw up their own holidays, so they rigged the schedule to get them out of DC for sure by Wednesday.

Back to our supercommittee, which is supposed come up with a deficit game plan, then send it to Congress for an up-or-down floor vote by December 23rd. Get that? The next deadline is an attempt to ruin yet another holiday.

It is now apparent that our esteemed lawmakers will fail to meet the deadline. The good news is that they admitted defeat early in the week, so we should at least be relieved that they won't ruin Thanksgiving with last minute dithering and jockeying.

The supercommittee failure is supposed to trigger an automatic $1.2 trillion in spending cuts over the next ten years -- half from domestic spending (Social Security, Medicaid and a few other programs for low-income Americans would be spared) and the other half from the Pentagon. The cuts are slated to start in 2013, which also means that the cuts could be reversed by the new Congress...sigh...

Still, don't blame the supercommittee's stalemate for last week's rotten stock market performance. Most investors - and more importantly, credit rating agencies - are heartened that cuts will actually occur, but not until 2013, thus not really changing the near-term economic outlook.

It's still all about Europe, where last week, yields on sovereign debt rose in Spain, Italy, France, Belgium, Finland and the Netherlands and where Q3 GDP was up just 0.6 percent on an annualized basis. Most are expecting the euro zone to fall back into recession in the fourth quarter. That would be bad news for the U.S., because Europe buys over 20 percent of all U.S. exports. In fact, the threat of a European recession has prompted the San Francisco Federal Reserve Bank to peg the odds of a U.S. recession in 2012 at over 50 percent...and it's also why all three major averages closed at their worst levels in almost two months. Market watchers say we're not supposed to worry about the loss, since it occurred amid low volume, but I'm not so sure.

Last week, the government said consumer prices were up 3.5 percent from a year ago, but the price of your Thanksgiving meal is increasing a lot more than that, according to the American Farm Bureau Federation.

IN THE WEEK AHEAD: The supercommittee will take center stage, as it seeks consensus on spending cuts in order to avoid triggering automatic cuts in 2013. On the economic calendar, existing home sales are expected to remain mired at low levels, the second estimate of third quarter GDP should be close to the first reading of 2.5 percent; and investors will keep an eye on durable goods orders to see if businesses are loosening their purse strings.

Wal-Mart will open its doors for holiday shopping at 10 p.m.

Black Friday, the traditional start to the holiday shopping season