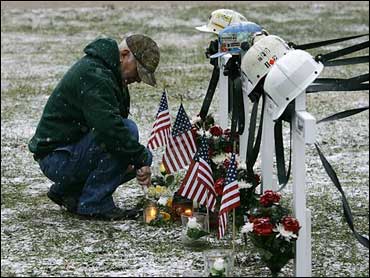 Antonio McDyess had 22 points and 13 rebounds and Steve Nash added 17 points for the Suns, who are 4-1 on their current seven-game road trip.

Allen Iverson had 30 points and seven assists and Jim Jackson added 22 points for the 76ers, who have lost six in a row.

Trailing by four entering the fourth quarter, the Suns used an 8-1 run to take an 89-86 lead. After Iverson's jumper pulled Philadelphia within one, Phoenix reeled off nine straight points, with McDyess' jumper putting the Suns ahead 98-88.

The 76ers went almost five minutes without scoring in the quarter as Phoenix went ahead 102-90.

The Suns went on a 14-2 run to open the third quarter, turning a nine-point deficit into a 61-58 lead. Chapman scored 16 points in the quarter, a season-high for Phoenix.

Philadelphia answered the spurt with Iverson scoring 15 in the period and Jackson adding seven as the 76ers went into the fourth with an 85-81 lead.

The first quarter was almost flawless as the teams combined for two turnovers, both by Phoenix. The zero turnovers by the 76ers set a CoreStates Center record.

Notes: Suns guard Kevin Johnson played 20 minutes after missing 31 games following arthroscopic surgery on his right knee. ... Since a Dec. 18 trade when they received Theo Ratliff and Aaron McKie, the 76ers have jumped from 18th in the league in blocks to eight.