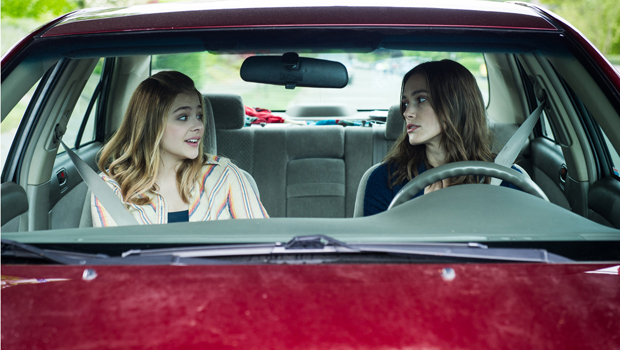 The Sundance Film Festival will premiere 117 independent feature films and 11 documentaries at its 30th anniversary next month -- a lineup representing the 2014 festival’s most prestigious films.

The premiere list, announced Monday by the festival, features a wide range of genres, from comedies to mysteries, and is populated by such A-listers as Michael Fassbender, Keira Knightley, Philip Seymour Hoffman and Sam Rockwell.

Festival director John Cooper said, "The premieres and documentary premieres sections of the 2014 Sundance Film Festival feature new work from many established independent filmmakers who began their careers at our festival years ago, which allows us to reflect on the impact, legacy and growth of the independent film movement over the past 30 years.”

"In many of the films selected for our 2014 Sundance Film Festival, we see fascinating characters and subjects throughout," added Trevor Goth, director of programming. "Whether portrayed by recognized actors taking on more challenging and diverse roles, or in the stranger-than-fiction reality of our documentaries, we look forward to sharing these incredible stories with audiences at our festival."

Here are some of the more anticipated films from the festival lineup. Watch for many of them at your local multiplex in the months ahead:

- "Calvary," directed by John Michael McDonagh and starring Brendan Gleeson, Chris O'Dowd and Kelly Reilly.  A black comedic drama about a priest whose life is threatened following a confession.

- "Frank," directed by Lenny Abrahamson and starring Michael Fassbender and Maggie Gyllenhaal. A bizarre comedy about a wannabe musician who joins an avant garde rock band guided by a musical genius named Frank.

- "Hits," directed by David Cross and starring Matt Walsh and Wyatt Cenac.  In a small town in upstate New York, recklessness disturbs the lives of the people who dwell there as they wallow in unrealistic expectations.

- "I Origins," directed by Mike Cahill and starring Michael Pitt and Brit Marling. A molecular biologist and his lab partner discover evidence that could alter society as we know it.

- "Little Accidents," directed by Sara Colangelo and starring Elizabeth Banks, Chloe Sevigny and Josh Lucas. In the shadow of a mining accident, three people in a quaint American coal town are drawn together.

- "Love is Strange," directed by Ira Sachs and starring John Lithgow and Marisa Tomei. Finally marrying after 39 years together, Ben and George must rely on family and friends for money after George is fired from his job as a result of their nuptials.

- "A Most Wanted Man," directed by Anton Corbijn and starring Philip Seymour Hoffman, Rachel McAdams, Willem Dafoe and Robin Wright. A modern-day thriller based on a John le Carre bestseller.

- "The One I Love," directed by Charlie McDowell and starring Mark Duplass, Elisabeth Moss and Ted Danson. As a couple fights to keep their marriage intact, they go away for the weekend to reconnect, but discover an unusual dilemma.

- "They Came Together," directed by David Wain and starring Amy Poehler, Paul Rudd, Ed Helms and Max Greenfield. Set in New York, this spoof on the romantic comedy follows an overtly Jewish man and a clumsy leading lady as they fall head over heels.

- "The Trip to Italy," directed by Michael Winterbottom and starring Steve Coogan and Rob Brydon. Reuniting after their six-episode BBC miniseries, in which they traveled the English countryside visiting restaurants and tormenting each other, the two funnymen continue their cheeky road trip rivalry.

- "The Voices," directed by Marjane Satrapi and starring Ryan Reynolds and Anna Kendrick. A factory worker vies for the attention from a woman in accounting, but when their relationship takes a murderous turn, an evil cat and dog lead him down a fantastical path.

- "White Bird in a Blizzard," directed by Gregg Araki and starring Shailene Woodley, Eva Green, Christopher Meloni and Gabourey Sidibe.  Based on the acclaimed novel by Laura Kasischke, the film follows a young women's struggle after her mother disappears.

- "Young Ones," directed by Jake Paltrow and starring Michael Shannon, Nicholas Hoult and Elle Fanning. Set in the future, a series of events is set in motion in a young boy's life, forcing him to make difficult decisions.