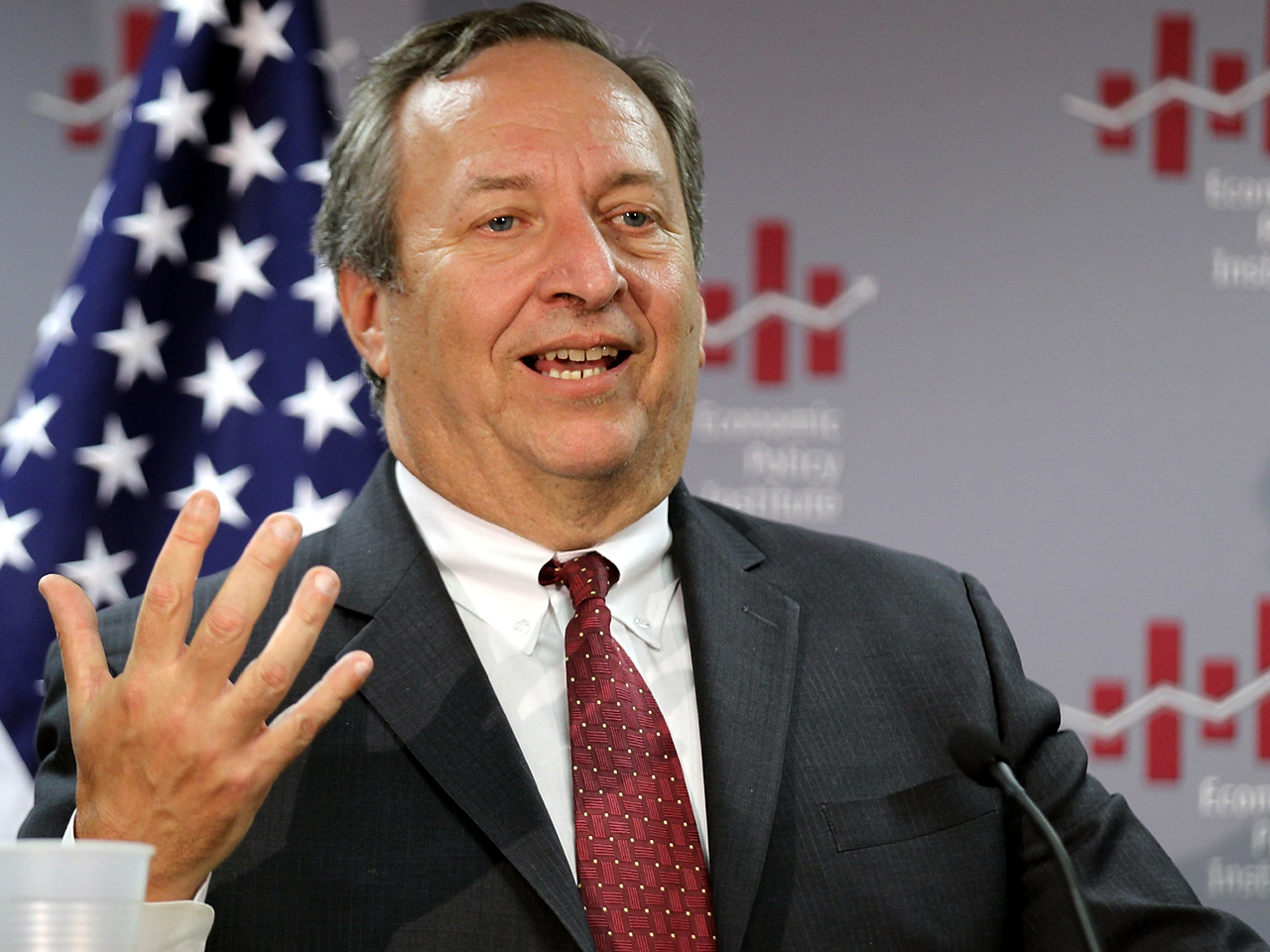 (CBS News) Another ally of President Obama on Wednesday came out against the president's position that tax rates on the wealthiest Americans should rise next year.

Lawrence Summers, who led the White House National Economic Council in early years of the Obama administration, said Congress should temporarily extend tax cuts set to expire at the end of the year.

"The real risk to this economy is on the side of slow down, certainly not on the side of overheating, and that means we've got to make sure that we don't take gasoline out of the tank at the end of this year," Summers said on MSNBC, "that's gotta be the top priority."

"We've got to make sure that we keep providing energy to the economy. In the areas where we have done that, like manufacturing, with the support for the automobile industry, we haven't had great results, but we have had much better results," Summers added.

The comments come less than 24 hours after former President Bill Clinton told CNBC that he also thinks the tax cuts that were a signature domestic achievement of President George W. Bush should be temporarily extended.

"What I think we need to do is to find some way to avoid the fiscal cliff, to avoid doing anything that would contract the economy now, and then deal with what's necessary in the long-term debt reduction plan as soon as they can, which presumably will be after the election," Clinton told CNBC.

Asked whether that meant extending the tax cuts, Clinton said, "They will probably have to put everything off until early next year. That's probably the best thing to do right now."

Clinton later issued a statement through his spokesman walking back the comments.

"As President Clinton has said many times before, he supported extending all of the cuts in 2010 as part of the budget agreement, but does not believe the tax cuts for the wealthiest Americans should be extended again," spokesman Matt McKenna said in a prepared statement.

Republicans on Capitol Hill quickly seized on the comments from the two prominent Democrats.

"Extending all of the current tax rates for at least a year is really important if we're going to help job creators gain a little more confidence to put Americans back to work. Even Bill Clinton came out for it before he was against it. And then Larry Summers, the president's former economic advisor, this morning came out in favor of this," Boehner said.

"Coupling ... Bill Clinton's remarks and then Larry Summer's remarks, it's pretty obvious that the economy needs the certainty of the extension of the current tax rates for at least a year," McConnell said.

Mr. Obama has repeatedly said he opposes extending all of the tax cuts again and argues the Americans making more than $250,000 per year should pay a higher rate in order to help bring down the deficit.

The fiscal cliff Mr. Clinton referenced is the simultaneous occurrence of the expiration of the tax cuts and automatic spending cuts that are also set to take place at the end of the year as a result of a 2010 compromise between the White House and congressional Republicans over the nation's legal borrowing limit.

Congress is expected to address those issues after the November 6 election when it becomes clear which political party has the upper hand in negotiations.