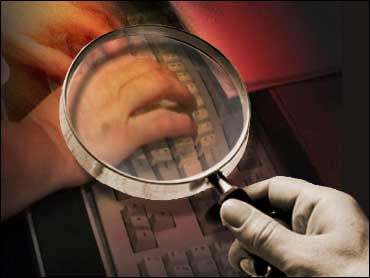 A suburban Philadelphia school district used school-issued laptop webcams to spy on students at home, potentially catching them and their families in compromising situations, a family claims in a federal lawsuit.

Lower Merion School District officials can activate the webcams without students' knowledge or permission, the suit said. Plaintiffs Michael and Holly Robbins suspect the cameras captured students and family members as they undressed and in other embarrassing situations, according to the suit.

Tom Halperin, a 15-year-old sophomore from Wynnewood, said students are "pretty disgusted" and have started putting masking tape over their computer webcams and microphones. He noted that his class recently read "1984," the George Orwell classic that coined the term "Big Brother."

"This is just bogus," Halperin said. "I just think it's really despicable that they have the ability to just watch me all the time."

The accusations amount to potentially illegal electronic wiretapping, said Witold J. Walczak, legal director of the American Civil Liberties Union of Pennsylvania, which is not involved in the case.

"School officials cannot, any more than police, enter into the home either electronically or physically without an invitation or a warrant," Walczak said.

The school district could not immediately confirm whether it has the ability to activate the webcams remotely, a spokesman said.

"We can categorically state that we are and have always been committed to protecting the privacy of our students," said the spokesman, Doug Young.

The affluent district prides itself on its technology initiatives, which include giving laptops to each of the approximately 2,300 students at its two high schools.

"It is no accident that we arrived ahead of the curve; in Lower Merion, our responsibility is to lead," Superintendent Christopher W. McGinley wrote on the district Web site. McGinley did not immediately return a message left Thursday by The Associated Press.

The Robbinses said they learned of the alleged webcam images when Lindy Matsko, an assistant principal at Harriton High School, told their son that school officials thought he had engaged in improper behavior at home. The behavior was not specified in the suit.

"(Matsko) cited as evidence a photograph from the webcam embedded in minor plaintiff's personal laptop issued by the school district," the suit states.

Matsko later confirmed to Michael Robbins that the school had the ability to activate the webcams remotely, according to the suit, which was filed Tuesday and which seeks class-action status.

Neither the Robbinses nor their lawyer, Mark S. Haltzman, returned messages left Thursday by The Associated Press.

In 2001, the U.S. Supreme Court reaffirmed the privacy of the home in a case that said police could not permeate a home with infrared lights to see if a suspect was using heat lamps to grow marijuana. Technology or no, Supreme Court precedents "draw a firm line at the entrance to the house," Justice Antonin Scalia wrote.

"This isn't just them spying on the kids, this is them intruding on the parents' home. Who knows what they are seeing?" Walczak said. "The courts for 80 years have said there's no greater sanctuary than a person's own home."

Halperin said, "School ends at the end of the school property, so they shouldn't really be in our business at home."