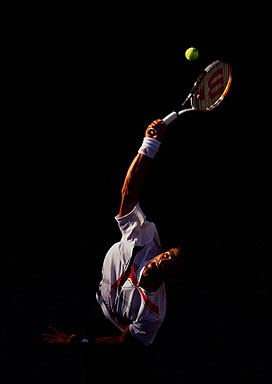 The family of a Florida teen-ager who flew a stolen plane into a Tampa office tower filed a $70 million wrongful death lawsuit against drug maker Hoffman-La Roche Tuesday, alleging the company's Accutane acne medicine caused the boy to commit suicide.

Charles Bishop, 15, killed himself on Jan. 5 when he crashed the single-engine Cessna into the 28th floor of the 42-story Bank of America building, an incident that echoed the Sept. 11 assaults on New York and Washington. He left a note expressing sympathy for Islamic militant Osama bin Laden.

In an interview aired Tuesday by NBC's "Today" show, the boy's mother, Julie Bishop, said her son had showed no signs of depression.

"This child was a happy, well-balanced, forward-thinking child who had a great deal to live for," Bishop said. "This was psychotic and the only conclusion we have been able to draw is the Accutane poisoned him."

The lawsuit, filed in Hillsborough County Circuit Court, said Hoffman-La Roche, the Nutley, N.J.-based U.S unit of Accutane manufacturer Roche Holding, negligently made an unsafe product that can cause psychosis, depression and suicide and failed to warn patients about side effects.

"Our suit alleges that Hoffman-La Roche has known that this drug causes spontaneous suicide and depression but they have refused to accept responsibility," said attorney Michael Ryan, who represents Bishop.

A Hoffmann-La Roche spokeswoman said the company was unaware of the lawsuit, but the company does not believe the drug is dangerous.

Accutane carries a warning about suicide, but the company points to statistics showing sufferers of severe acne and teen-agers - the main users of the drug - generally have higher suicide rates.

"We continue, as do the experts, to believe there is no link," said company spokeswoman Carolyn Glynn.

A coroner's report said Charles Bishop had no alcohol or drugs in his system when he died. Medical examiners tested for Accutane after police found a prescription for the medication in Bishop's home, but found no trace of it.

The lawsuit alleged Accutane caused Bishop to suffer a severe psychotic break with reality that resulted in his death.

"His friends, his teachers, his flight instructors say there were no warning signs," Ryan said, adding he hoped the company would pull the drug from the market.

An article in the March-April 2001 issue of FDA Consumer, a magazine published by the U.S. Food and Drug Administration, said Accutane was the most powerful medicine developed for problem acne. But it noted that "while Accutane may help lift psychosocial distress such as embarrassment, evidence suggests that it may actually cause serious psychiatric disorders in some people."

The Food and Drug Administration says 147 people taking Accutane either committed suicide or were hospitalized for suicide attempts from 1982 to May 2000. An estimated 13 million patients have used Accutane since its debut in 1982.

Last Thursday a jury in Muskogee, Okla., rejected a woman's claim that Accutane caused her to suffer depression.