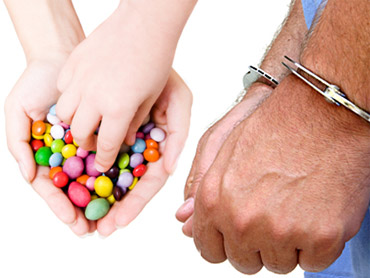 Children who eat too much candy may be more likely to be arrested for violent behavior as adults, new research suggests.

British experts studied more than 17,000 children born in 1970 for about four decades. Of the children who ate candies or chocolates daily at age 10, 69 percent were later arrested for a violent offense by the age of 34. Of those who didn't have any violent clashes, 42 percent ate sweets daily.

The study was published in the October issue of the British Journal of Psychiatry. It was paid for by Britain's Economic and Social Research Council.

The researchers said the results were interesting, but that more studies were needed to confirm the link. "It's not that the sweets themselves are bad, it's more about interpreting how kids make decisions," said Simon Moore of the University of Cardiff, one of the paper's authors.

Moore said parents who consistently bribe their children into good behavior with candies and chocolates could be doing harm. That might prevent kids from learning how to defer gratification, leading to impulsive behavior and violence.

Even after Moore and colleagues controlled for other variables like different parenting skills and varying social and economic backgrounds, they found a significant link between childhood consumption of sweets and violent behavior in adulthood.

Previous studies have found better nutrition leads to better behavior, in both children and adults.

Moore said his results were not strong enough to recommend parents stop giving their children candies and chocolates. "This is an incredibly complex area," he said. "It's not fair to blame it on the candy."

DNA links man to killings of 2 Vegas women: "It's been a long, long 28 years"
Thanks for reading CBS NEWS.
Create your free account or log in
for more features.
View CBS News In
CBS News App Open
Chrome Safari Continue
Be the first to know
Get browser notifications for breaking news, live events, and exclusive reporting.