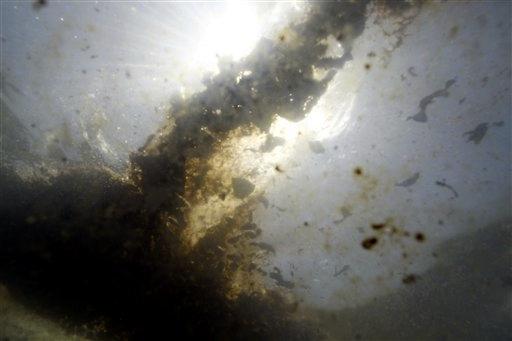 Rebel officials and the Sudanese government committed themselves Friday to ending the 21-year civil war in southern Sudan before January, signing an agreement at a special meeting of the U.N. Security Council in Africa.

Sudanese Vice President Ali Osman Taha and southern rebel leader John Garang, the main negotiators for the two sides, made a similar pledge last year that never came to fruition. But this is the first time the warring sides have put a deadline in writing before the U.N. panel.

The council responded with a resolution offering to support efforts toward peace in Sudan, where two civil wars have left millions dead and homeless. The unanimous vote came during a rare appearance outside of New York meant to focus world attention on the conflicts in Africa's largest country.

U.N. Secretary-General Kofi Annan had urged the council to issue "the strongest warning" to all forces fighting in Sudan, saying that ending the war in the south would also help halt a humanitarian catastrophe in Sudan's western Darfur region.

But the aid organization Oxfam International condemned the council's new resolution for failing to take a tougher line to help those in Darfur.

"From New York to Nairobi, a trail of weak resolutions on Darfur has led nowhere," said Caroline Nursey of Oxfam. "Yesterday, Oxfam was unable to get vital aid to 200,000 people in Darfur who are cut off by renewed violence. Today they would still be in the camps, still waiting for aid. ... We needed the council to take action now, not yet more diplomatic dithering."

The meeting in the Kenyan capital, Nairobi, is only the fourth time the council has met outside its New York headquarters since 1952.

Garang, in a rare address by a rebel leader to the council, said the only way to avert tragedy is "to install a broad-based coalition government of national unity." He told members that only four issues remain to be resolved before a comprehensive agreement ending the southern war can be signed.

Taha told the council that his country is committed to peace and that he agreed a new government could resolve the country's problems swiftly.

Sudan's southern civil war has pitted the Islamic government against rebels seeking greater autonomy and a greater share of the country's wealth for the largely Christian and animist south. The conflict has left more than 2 million people dead, largely through war-induced hunger and disease.

A conflict in the western Darfur region started in February 2003, when the government attempted to crush two non-Arab African rebel groups who took up arms to fight for more power and resources. The government responded by backing Arab militias now accused of targeting civilians in a campaign of murder, rape and arson.

The conflict has driven 1.8 million people from their homes and at least 70,000 people, mostly civilians, have died since March because of disease, hunger and hardships from being uprooted. Many more have been killed in fighting since the conflict started, but no firm estimate exists.

Ahead of the meeting in Nairobi, human rights groups insisted the council take a harder line by imposing an arms embargo or threatening sanctions against the government.

Later Friday, Annan was to meet with 11 African leaders in Tanzania to push for lasting peace in central Africa, where millions have died in wars, rebellions and a genocide in the past decade.

During the two-day summit, the leaders are expected to sign a commitment to restore regional peace and security, African Union spokesman Assane Ba said.

Africa's Great Lakes region — an area bordered by Congo, Rwanda and Burundi — has been unstable since the 1994 genocide in Rwanda in which more than 500,000 people, most of them from the country's Tutsi minority, were slaughtered by a regime of extremists from its Hutu majority.