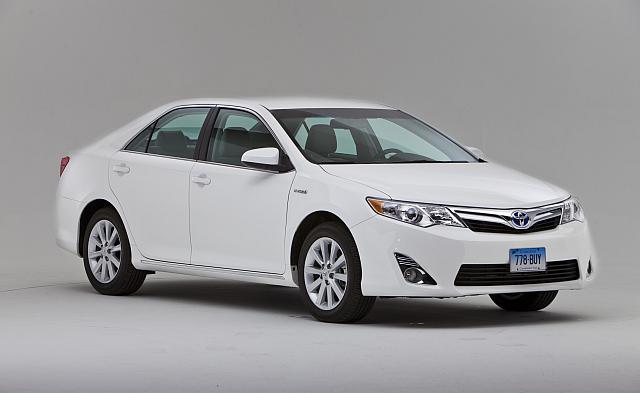 Subaru moved to the top of the Consumer Reports annual new-car ratings released today while Ford dropped the most among auto makers. Toyota turned in a strong showing with five of the 10 "Top Picks" in individual categories.

The full Consumer Reports grades of 2012 cars - available in its annual April auto issue or at its web site if you are a subscriber - combine road test scores from its staff, safety ratings and predicted reliability based on surveys of its readers who report on 1.3 million vehicles of different model years.

Subaru placed all six of its models tested on the coveted Consumer Reports "recommended" list. (Recommended vehicles rank just below top picks in a given category.) Toyota scored 22 of 26 models as recommendations. And the Top Picks list included for the first time Toyota models Camry Hybrid as family sedan and the Highlander as family SUV along with repeats by the Prius as green car, RAV 4 as small SUV and Sienna as minivan.

Here are some other highlights:

--Ford Motor dropped from fifth place last year to 10th place this time, although eight of its 15 Ford and Lincoln models tested got on the recommended list. Ford continues to suffer from problems with its MyFord Touch music, phone and navigation system as well as from reliability issues with an automatic transmission.

-- Of the other Detroit companies which finished behind Ford, Consumer Reports auto testing chief David Champion noted: "GM and Chrysler are building nicer cars with each redesign. Still, their scores are dragged down by several older designs that score low in Consumer Reports testing or have reliability issues."

-- Honda, which topped the list for the last four years straight, dropped to fourth behind Subaru, Mazda and Toyota. The company suffered from poor reviews by CR test drivers for the redesigned Civic and the Odyssey minivan. Nonetheless, nine of the 14 Honda models tested were recommended.

-- Hyundai and Kia, Korean corporate stable mates that both had sales surges last year, fared well in the rankings. Hyundai had six of its eight tested models make the recommended list and Kia five of six. The Hyundai Sonata made its debut on the Top Picks list as affordable family sedan.

-- German companies fared less well. Mercedes-Benz and BMW, not surprisingly, got high scores in CR road tests. But while their reliability has improved to average overall, poor reliability on specific models of SUVs and large sedans dragged down their scores. Volkswagen, too, has improved reliability but CR test drivers downgraded the redesigned versions of VW's Jetta and Passat.

Consumer Reports also generates recommendations for used cars based on the same reliability surveys among its readers that go into the new car rankings. To measure progress in reliability, the magazine compared auto makers' records from its 2002 survey to the 2011 survey just completed. Ford, GM and Chrysler all showed sizable gains over that period, as did Volvo, Mercedes-Benz, Volkswagen and Hyundai.

"With each passing year, buying a used car becomes less of a gamble," the magazine said its release. "Even the least reliable car-makers are gaining ground on the perennial reliability leaders Toyota and Honda."