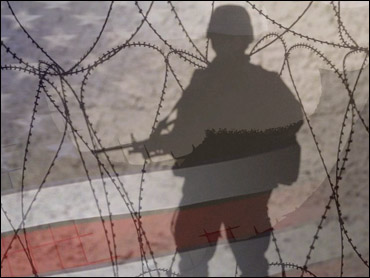 The Army is investigating a stunning number of suicides in January - a count that could surpass all combat deaths in Iraq and Afghanistan last month.

According to figures obtained by The Associated Press, there were 24 suspected suicides in January, compared to only four in January of 2008.

Yearly suicides have been rising steadily since 2004 amid increasing stress on the force from long and repeated tours of duty to America's two ongoing wars.

The alarming monthly count follows an annual report last week showing that soldiers killed themselves at the highest rate on record in 2008. The toll for all of last year - 128 confirmed and 15 pending investigation - was an increase for the fourth straight year and even surpassed the suicide rate among civilians.

"The trend and trajectory seen in January further heightens the seriousness and urgency that all of us must have in preventing suicides," Gen. Peter Chiarelli, Army vice chief of staff, said of the new monthly report Thursday.

The 24 suspected January suicides include seven confirmed and 17 still being investigated. Usually the vast majority of suspected suicides are eventually confirmed, and if that holds true it would mean that self-inflicted deaths surpassed the 16 combat deaths reported in all branches of the armed forces in Iraq and Afghanistan last month.

In announcing the 2008 figures last week, the Army said it would hold special training from Feb. 15 to March 15 to help troops recognize suicidal behaviors and to intervene if they see such behavior in a buddy. After that, the Army also plans a suicide prevention program for all soldiers from the top of the chain of command down.

"Why do the numbers keep going up? We cannot tell you. But we can tell you that across the Army, we're committed to doing everything we can to address the problem," Secretary of the Army Pete Geren said last week.

Officials have said repeatedly that troops are under tremendous and unprecedented stress because of repeated and long tours of duty due to the simultaneous wars in Iraq and Afghanistan.

Yearly increases in suicides have been recorded since 2004, when there were 64 all year. Officials said they found that the most common factors were soldiers suffering problems with their personal relationships, legal or financial issues and problems on the job.

His family says he's also a casualty of war. Two wars really: the war in Iraq, where he served honorably, and the war within the military over how to deal with post-traumatic stress disorder.

On July 11, 2007, McKinney, serving on his second tour, killed himself in front of his men. He had endured months of sleeplessness, nightmares and guilt over losing so many of the soldiers he commanded, Dozier reported.