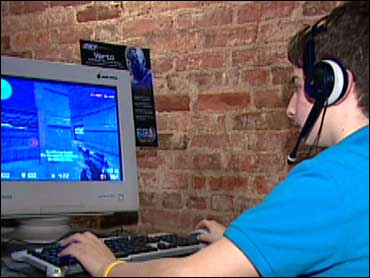 This story was written by CNET's Steven Musil.


Playing action video games may help adults improve their eyesight, according to a study released Sunday.

People who used a video-game training program saw improvements in their contrast sensitivity, or the ability to notice subtle differences in shades of gray, according to a study published in the journal Nature Neuroscience. The training could be beneficial to people who have amblyopia -- commonly known as lazy eye -- and those who have trouble seeing while driving at night, the study said.

"Normally, improving contrast sensitivity means getting glasses or eye surgery--somehow changing the optics of the eye," Daphne Bavelier, professor of brain and cognitive sciences at the University of Rochester, said in a statement. "But we've found that action video games train the brain to process the existing visual information more efficiently, and the improvements last for months after game play stopped."

Researchers studied two groups that played video games for 50 hours during a nine-week course. One group played action games such as "Call of Duty 2" and "Unreal Tournament 2004." Another group played non-action games such as "Sims 2," which doesn't require precise, visually guided aiming actions. People who played the action games showed enhanced contrast sensitivity compared with those in the non-action game group, with improvements ranging from 43 percent to 58 percent, according to the study.

"To the best of our knowledge, this is the first demonstration that contrast sensitivity can be improved by simple training," Bavelier said. "When people play action games, they're changing the brain's pathway responsible for visual processing. These games push the human visual system to the limits and the brain adapts to it, and we've seen the positive effect remains even two years after the training was over."

The results appear to mirror those in a 2007 study that found people who played action video games for a few hours a day over the course of a month improved their spatial resolution by about 20 percent.

Researchers suggested that the video game training's effect could last for years and could be a useful complement to other eye-correction techniques such as eyeglasses, contact lenses, or surgery. The study, which was funded by the National Eye Institute and the Office of Naval Research, noted that not all action games have such a benefit to the visually impaired.