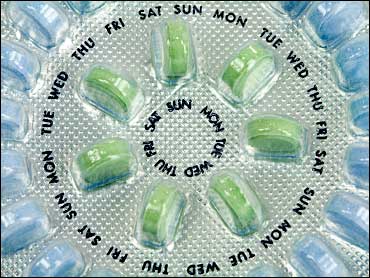 Women who stop the birth control pill and then try to get pregnant succeed just as quickly as women who have not taken oral contraceptives before trying to conceive, a new study suggests.

The impact that using the birth control pill has on future fertility has been debated for years. Some studies have shown women have difficulty getting pregnant once they stop oral contraceptives, while other research has found they have an easier time.

"Studies have been mixed," says Maureen Cronin, M.D., Ph.D., a researcher for the new study, presented at the 55th Annual Clinical Meeting of the American College of Obstetricians and Gynecologists. "The majority of studies suggest there is a slight delay in return to fertility after using birth control pills," she says, "and that within 6 to 12 months fertility is normalized."

But her study found no such lag and no substantial differences in pregnancy rates between pill users and nonusers. "We did the study to lay the question to rest," says Cronin, the head of global medical affairs for women's health care for Bayer Schering Pharma in Berlin. The pharmaceutical giant, which makes two types of birth control pills, Yasmin and Yaz, funded the study.

In the past, some experts have also suggested that after taking hormones such as the pill a woman shouldn't or couldn't get pregnant right away after stopping. A delay in trying to conceive, some say, allows the body to get back to normal. Cronin says her study also proves that notion incorrect. "Your body does not need to 'recover' from the pill," she says.

Cronin's team followed 2,064 women for two years; all were participating in the European Active Surveillance Study on Oral Contraceptives and had stopped taking birth control pills to become pregnant.

One cycle after stopping the pill, 21.2 percent of the women were pregnant, Cronin found. This is comparable to the naturally occurring pregnancy rate per cycle, which experts say is between 20 percent and 25 percent.

A year after stopping the oral contraceptives, 79.4 percent of the women were pregnant; again the rate corresponds with those reported in women planning a pregnancy who had not used the pill.

In the study, the median time to conception was three months after stopping the pill (half the women got pregnant earlier, half conceived later).

"The effect of age [on fertility] was not amplified by oral contraceptive use," Cronin tells WebMD.

The new study seems to refute previous research that the pregnancy rate is lower than normal in the first few months after women stop the pill, says Richard Frieder, M.D., attending physician at Santa Monica-UCLA and Orthopaedic Hospital in California and assistant clinical professor of obstetrics and gynecology at the University of California Los Angeles David Geffen School of Medicine. "This study suggests even in the initial couple of months [after stopping the pill], there is no difference in pregnancy rates [among past pill users and nonusers]," he says.

In the past, Frieder says, some doctors may have advised women to wait before trying to get pregnant for a number of reasons. That time lag, for instance, would allow the woman to ovulate and have a menstrual period, and the obstetrician could more easily gauge the delivery date.

In these times, we have ultrasound to date the beginning of the pregnancy, he says, adding that there's really no reason to wait a while after going off the pill to try to get pregnant.

By Kathleen Doheny
Reviewed by Louise Chang
B)2005-2006 WebMD, Inc. All rights reserved