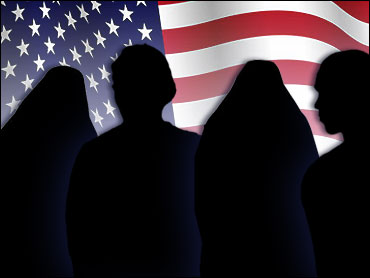 A task force of Middle East experts is urging the Obama administration to work within Muslim communities in the United States to counter extremism and prevent Islamic militant groups from gathering new recruits.

In a study due out later this week, the Washington Institute for Near East Policy argues that the U.S. must not only defeat terrorists, but also mute the influence of radical groups that spread extremist ideologies and can eventually lead to violence.

"We need to get beyond killing our way out of the problem," said J. Scott Carpenter, a former State Department policy adviser and one of the authors of the study. The key, he said, is to "empower Muslims within their communities to fight their own battles on the front lines of the ideological war."

The study, obtained by The Associated Press, suggests that instead of using goodwill ambassadors and other public relations campaigns to bolster opinions of the U.S. in Muslim countries, officials should build support for mainstream Muslim groups or activists to use their own voices to discount extremist discussions.

"The more alternatives available to young people, the greater their freedom, and the more credible the voices exposing them to alternative arguments, the less vulnerable they are to extremist ideas," the report concluded.

U.S. authorities, including the FBI, have been using community outreach for exactly those reasons.

As an example, the FBI has stepped up efforts to reach out to community leaders in the Minneapolis region, where young Somali-American men have disappeared and are believed to have gone to Somalia to fight with militants. In one instance, Shirwa Ahmed left his family in Minnesota and blew himself up in one of several coordinated suicide bombings in Somalia last October.

FBI spokesman E.K. Wilson said that since the disappearances of the young men, the bureau has worked to expand relationships with community elders, religious leaders and others active in the local Somali population, which numbers about 80,000.

Al Qaeda remains the number one terrorist threat to the U.S., but experts agree that homegrown terrorists inspired by al Qaeda and other related groups are an increasing threat.

The Washington Institute report says that President Barack Obama's pledges to get combat forces out of Iraq and close the Guantanamo Bay detention center will help the U.S. counter terrorist propaganda. But it says those changes will not be enough to stop the spread of radical extremism.