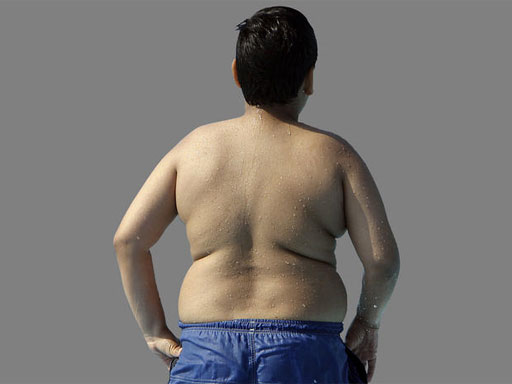 (CBS) Do you suspect your kid is fat? Do you want a pediatrician's opinion?

You might be surprised to find the doctor take out a measuring tape and wrap it around your child's neck to get the truth.

Researchers at the University of Michigan's Mott Children's Hospital think that neck circumference may be a better way to measure a child's healthy weight than body mass index (BMI).

As is true with adults, BMI (the ratio between weight and height), is not always a very accurate way of determining whether or not a person is overweight.

A husky, muscular kid could have a higher BMI than a smaller, flabby kid, for example.

"The body mass index doesn't tell you what is responsible for someone's weight," Dr. Olubukola "Bukky" Nafiu, who led the study, told the Los Angeles Times. "In some cases it could all come from muscle, but your BMI could still indicate that you are overweight."

But the neck, at least in children, doesn't lie, say researchers. While adults may develop muscular necks as a result of intense training or manual labor, Nafiu told the paper that possibility is negligible in children.

The point of all this is to find a better way to figure out which kids are at risk for obesity-driven problems like diabetes, high blood pressure, and heart risks.

And the location of the fat seems to matter.

Doctors know that excessive belly fat, for example, is a bigger red flag than a pear-shaped body when it comes to figuring a person's risk of developing high cholesterol and high blood pressure, as well as diabetes.

But it measuring the belly can be harder than one might think. Dr. Cora Lewis, a professor of medicine and public health at the University of Alabama at Birmingham told CNN that there's "the issue of figuring out where you measure," she said. "If someone is obese, should the waist measurement come under or over the fold?"

Besides, getting your neck measured is a lot less embarrassing than undressing.