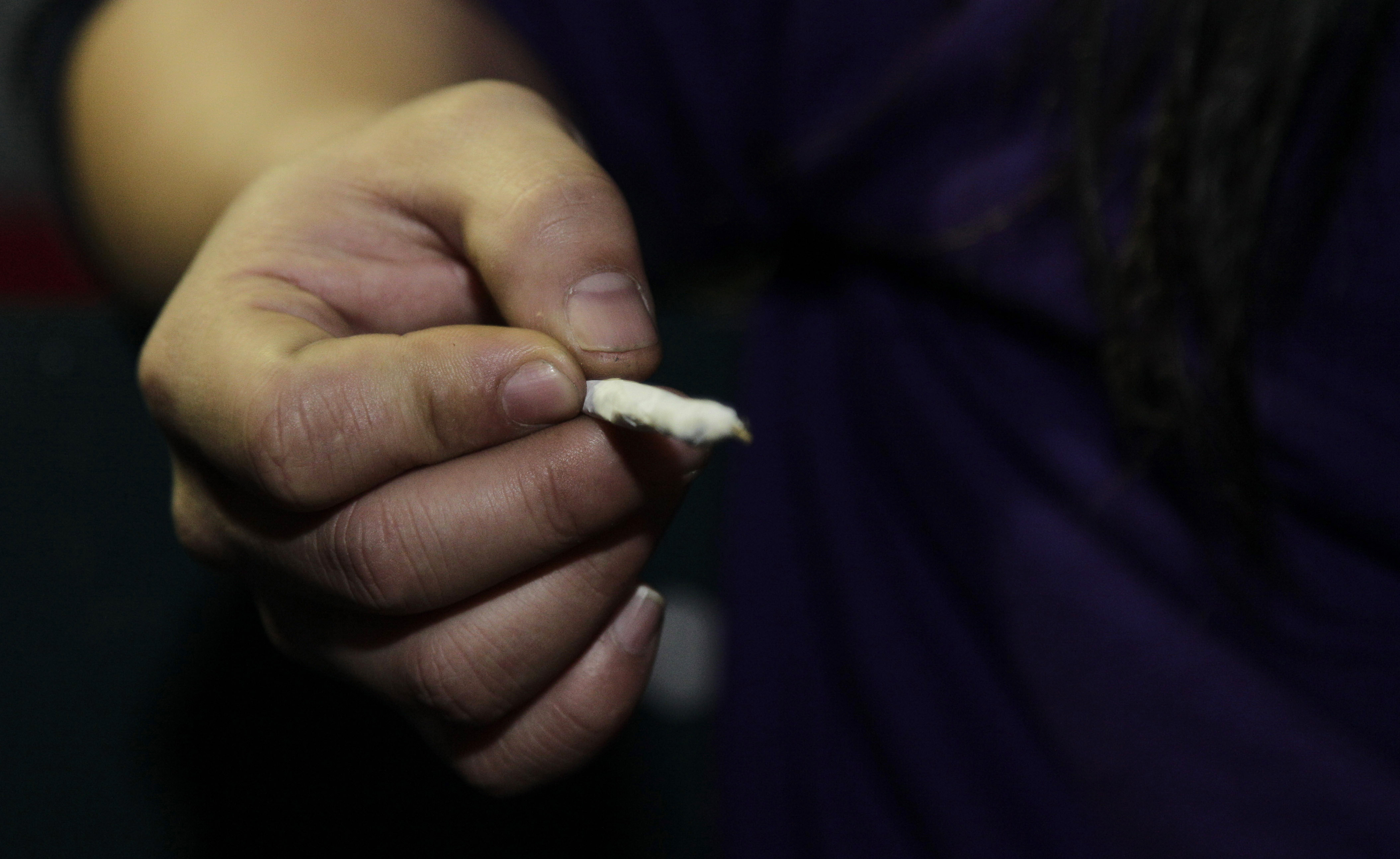 WASHINGTON Teenagers' perception of the dangers of marijuana has fallen to the lowest level in more than 20 years, a new study says, prompting federal researchers to warn that already high use of the drug could increase as more states move to legalize it.

The annual survey released Wednesday by the National Institutes of Health found that only 41.7 percent of eighth graders believe that occasional use of marijuana is harmful, while 66.9 percent regard it as dangerous when used regularly. Both rates are the lowest since 1991, when the government first began tracking this age group.

Teens' perception of marijuana risks diminished even more as they got older. About 20.6 percent of 12th graders said that occasional use of pot is harmful. Roughly 44.1 percent believed that its regular use was detrimental, the lowest rate since 1979.

The government-sponsored study said teens' dwindling concerns about the dangers of marijuana, despite the risks, "can signal future increases in use."

"We are increasingly concerned that regular or daily use of marijuana is robbing many young people of their potential to achieve and excel in school or other aspects of life," said Dr. Nora D. Volkow, director of the National Institute on Drug Abuse, which is part of NIH. She said teens are influenced by whether a drug is legal in some form when deciding to try it recreationally, so in states where marijuana is sanctioned, "the deterrent is no longer present."

Volkow cited recently published research showing that people who used marijuana heavily before age 18 had impaired mental abilities even after they quit using the drug. Those who used cannabis heavily in their teens and into their adulthood showed a significant drop in IQ between the ages of 13 and 38, according to the studies.

"Marijuana use that begins in adolescence increases the risk they will become addicted to the drug," she said.

The findings come after Washington state and Colorado voted last month to legalize marijuana and regulate its recreational use, boosted by the strong support of younger voters. While the new laws apply only to adults over 21, the broader effort by states to decriminalize pot use and push the drug toward public legitimacy could confuse the picture for teens.

President Barack Obama said last week that the federal government won't go after pot users in Colorado and Washington state who are legal under their state laws, even though federal law officially bans marijuana possession. Eighteen states and the District of Columbia also have laws in place to regulate the medical use of marijuana.

"Now more than ever we need parents and other adult influencers to step up and have direct conversations with young people about the importance of making healthy decisions," said White House drug czar Gil Kerlikowske on Wednesday.

According to the federal survey, marijuana use among teenagers remained stuck at high levels in 2012.

Nearly 23 percent of the high-school seniors said they smoked the drug in the month prior to the survey, while 36.4 percent used it in the past year. About 45.2 percent reported they had tried marijuana at least once in their lifetime.

Daily marijuana use by 10th graders climbed from 2.8 percent to 3.5 percent, and for eighth-grade students it edged up from 0.8 percent to 1.1 percent.

On other topics the survey found:

-Use of illicit drugs other than marijuana was at a low for eighth-, 10th- and 12th-grade students.

-In the past year, about 1.3 percent of 12th graders used "bath salts," a new synthetic drug which mimics the effect of cocaine.

-In terms of prescription drug abuse, about 7.6 percent of 12th graders in the past year used Adderall, a stimulant prescribed to treat ADHD. That's up from 5.4 percent in 2009, coinciding with a decline in teens' perceptions of the harm in using the drug. Teen abuse of over-the-counter cough and cold medicines containing dextromethorphan held steady.

-Reported alcohol use continued to steadily decline, falling to the lowest level on record.

The survey, conducted by the University of Michigan for NIH, covered more than 45,000 students in the eighth, 10th and 12th grades in 395 schools.