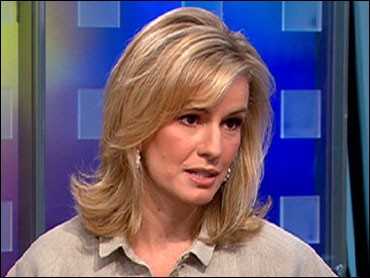 Is your child sleeping well?

About one in four children don't, but their problems are often missed, according to new research from The American Academy of Sleep Medicine that suggests pediatricians may be under-diagnosing sleep disorders in children.

CBS News medical correspondent Dr. Jennifer Ashton discussed the study on The Early Show Monday, and what you can look for and do if you think your child is suffering from a sleep disorder.

The study found only four percent of 150,000 children researched in Pennsylvania, from birth to age 18, were diagnosed with a disorder, which is substantially less than the estimated 25 percent of children who suffer from a sleep disorder in larger studies.

Undiagnosed disorders, such as insomnia, sleep apnea, night terrors, sleepwalking, snoring, grinding teeth, and bedwetting, Ashton said, are all disruptions in sleep that can impact a child's learning, growth and development.

She said children that snore loudly, wake up repeatedly, have mood or school performance changes, or fall asleep during the day may have sleep disorders.

Ashton said if you think your child is suffering from a sleep disorder, you should collect information and observations about your child and bring them to your pediatrician. She added parents should ask if it would be helpful to do a sleep study or a consultation with an ear, nose and throat specialist to check if enlarged tonsils may not be the cause.

"But don't ignore it," Ashton warned. "These things can really have significant impacts on our kids in a very critical time."

Smith asked if obesity has an influence on sleeping disorders.

Ashton said it can be an issue in cases of sleep apnea, but in many cases the problem is behavioral, which many children grow out of as they develop.

How do you tell if your child's snoring problem is serious? Many children snore, especially if they have a cold or seasonal allergies. But snoring that can indicate a problem is usually louder and more irregular than the run-of-the-mill soft snoring that many children experience. Especially concerning could be snoring that is also accompanied by brief episodes where the child stops breathing. These are called apneic episodes. Many children with this type of sleep disorder can have excessively large tonsils and/or adenoids. These children should be evaluated by a Pediatric ENT (or Ear, Nose and Throat specialist) who can tell you if surgery is an option. According to Dr. Nina Shapiro, Director of Pediatric Otolaryngology at UCLA, some children will "grow out" of tonsil problems if they are mild and the child is slightly older (around 6 years of age). Younger children with very large tonsils and disordered breathing/sleep disruption are more likely to be candidates for surgery to treat this problem.

To help your child fall asleep, Ashton recommended these tips: