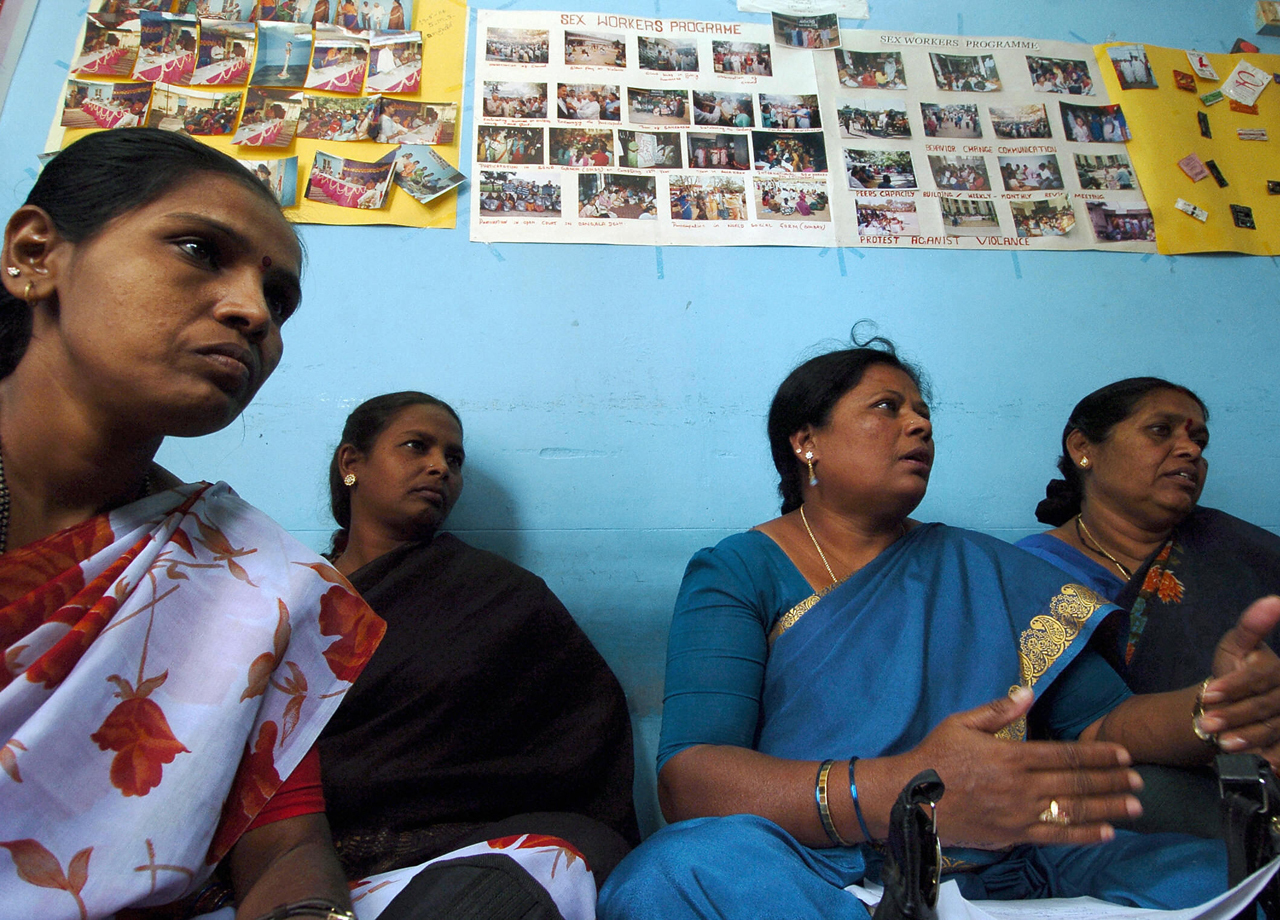 An estimated 100,000 people in India may have escaped HIV infection over five years thanks to one of the world's biggest prevention programs, an encouraging sign that targeting high-risk groups remains vital even as more donors focus on treatment, a new study suggests.

While the initial findings regarding the $258 million Avahan project, funded by the Bill & Melinda Gates Foundation, come with large uncertainty due to data limitations and methodology, the study's authors say the overall message is clear: that investing in prevention can make a dent in one of the world's largest epidemics, with an estimated 2.4 million Indians infected.

The program was assessed from 2003 to 2008 in six Indian states, home to 300 million people and the country's highest HIV rates when it started. It involved needle exchanges, safe-sex counseling, condom distribution and other interventions to reach vulnerable groups, including truck drivers, injecting drug users, men who have sex with other men, and prostitutes, along with their clients and partners. The project's aim was to reduce the number of infections infiltrating the general population by targeting those who posed the highest risk.

The assessment published Tuesday in The Lancet medical journal suggests that higher Avahan grants per infected person correlated with fewer HIV cases in the general population in the southern states of Andhra Pradesh, Karnataka and Maharashtra. However, that was not the case in southern Tamil Nadu and the small northeastern states of Manipur and Nagaland.

Part of the difference may be linked to the epidemics, with sex the main mode of transmission in the crowded south and injecting drug use the top driver in the remote northeast, said co-author Dr. Lalit Dandona, a professor at the Public Health Foundation of India. In Tamil Nadu, the authors, who are also from the University of Washington, note that HIV levels were already lower there because other prevention programs were already running when Avahan began.

In Karnataka, the program was linked to a 13 percent drop in overall HIV rates, the largest observed. Maharashtra saw the smallest decline, just over 2 percent.

In all six states, an estimated 100,178 HIV infections were averted due to the program, which is the best possible outcome with the available data, Dandona said.

The study, also funded by the Gates Foundation, explains that the conclusions do come with a degree of uncertainty, mainly because pregnant women from antenatal clinics were used as the data source even though corrections for this were factored into the calculations.

Dr. Prabhat Jha, director of the Centre for Global Health Research in Canada, who has conducted large-scale HIV studies in India, said those data are typically used to monitor trends or changes in the epidemic, not to estimate infections averted in the general population.

"Right from the start, it just doesn't work," he said. "I'm not going to judge how high my plane is flying by how many times my ears pop. It doesn't tell you where you're at."

Jha also noted that other prevention programs were in place before Avahan began and that HIV infections were already in decline. Instead of focusing on infections averted, he said it makes more sense to assess the program more broadly.

"There is substantial evidence that most new HIV infections in India arise from sex work, so taking sex work seriously means it will generate benefits," he said. "Even if these are hard to quantify."

Avahan, which translates from Sanskrit as "call to action," has been criticized by some for throwing large sums of money at the problem and creating more waste than results. As the Gates Foundation's largest HIV prevention program in a single country, the organization donated an additional $80 million to the project in 2009. The Indian government is expected to take it over.

In an accompanying commentary, World Health Organization experts Ties Boerma and Isabelle de Zoysa said that despite many remaining questions about the project's overall success, the findings are an encouraging first step. "However, seven years into the project, many questions remain unanswered," they wrote.