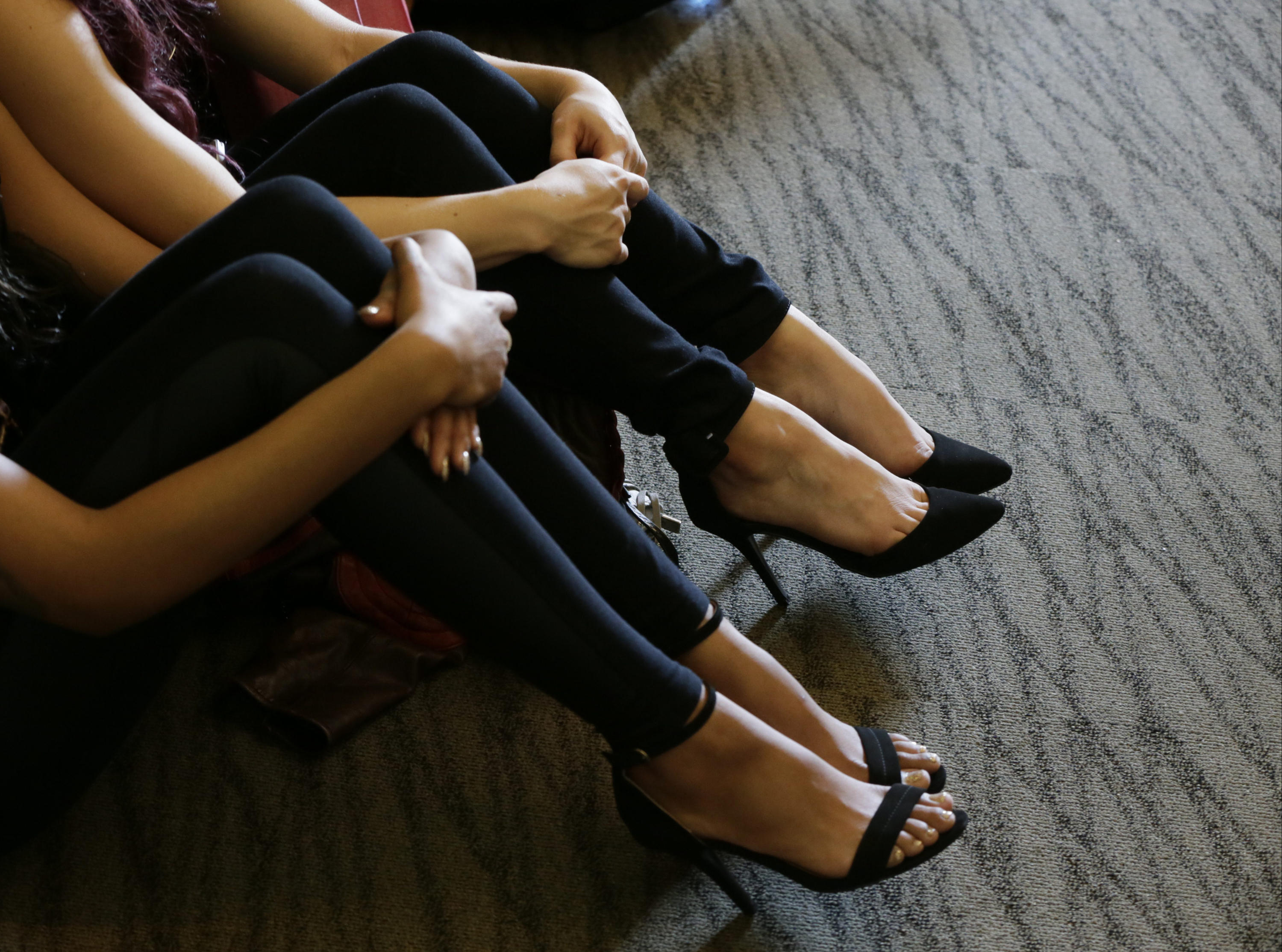 LAS VEGAS -- A yearlong academic study of sex trafficking in Las Vegas is providing a glimpse into a shadowy world beneath the neon glow where underage girls, threatened by pimps, solicit for business in casinos, on streets and online.

Of 190 identified sex-trafficking victims in 2014, Arizona State University researchers found two-thirds were under 18 years old, one in five was brought to southern Nevada from somewhere else and more than half were never reported as missing.

“These are kids that nobody even cares enough about to report missing,” said Laura Meltzer, a Las Vegas police officer involved in the report’s roll-out. “As a mom, that breaks my heart.”

A victim advocate in the Las Vegas Metropolitan Police Department, Elynne Greene, called them “throwaway kids.” She said many are products of the foster care system.

The average underage victim in the study was 16. The youngest was 12.

About one in three victims was recruited by a boyfriend-turned-”violent, fear-based” abuser, with more than half reporting being forced through physical assault involving a gun, knife, razor or cord.

The average trafficker was 29 years old, and 80 percent of them had criminal histories. Most came from outside Nevada, and most of those were from California.

Some said they were told their families would be targeted if they didn’t cooperate.

“They are violently forced into this,” said Dominique Roe-Sepowitz, director of the ASU Office of Sex Trafficking Intervention Research, which conducted the study of a sex trade that’s been made part of a “Sin City” image and reinforced by a misperception that prostitution is legal in Las Vegas.

While brothels are legal in rural counties, prostitution is illegal in Clark and Washoe counties, home to Nevada’s largest cities, Las Vegas and Reno. And while sex trafficking has drawn increasing attention in recent years from local, state and federal elected officials, it has been hard to measure and difficult to stop.

The report aims to provide data for police, prosecutors, parents and the public about who sex traffickers are and how they recruit, sell and keep victims, Roe-Sepowitz said.

The report also pointed to difficulties prosecuting accused sex traffickers. Only 34 of the 159 cases studied, or a little more than one in five, resulted in convictions.

“It’s a fight that will never be easy,” said Clark County District Attorney Steve Wolfson, whose office offers victim advocates and a prosecutor who specializes in sex-trafficking cases. “As prosecutors, we need witnesses to come to court to be able to prosecute cases. Often, they’re young, unwilling, uncooperative and fearful.”

Roe-Sepowitz called the report a snapshot, but she said the ASU School of Social Work planned updates based on reports of prostitution arrests from 2015 and 2016.

“We really have to find new tools for law enforcement to work to get that trafficker off the streets, or he’ll find someone else to traffic in five minutes,” she said.