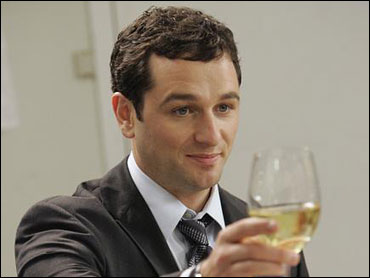 The number of gay characters depicted on TV is falling on network series but rising on cable, a study by the Gay & Lesbian Alliance Against Defamation found.

In the 2007-08 TV season, broadcast series will feature seven regularly seen characters who are gay, lesbian, bisexual or transgender, down from nine characters in 2006 and 10 the season before, GLAAD said. Most are on one network - ABC.

The new figure represents 1.1 percent of all regular characters on ABC, CBS, NBC, Fox and CW, compared to 1.3 percent in 2006, according to the study to be released Monday. A total of 87 comedies and dramas with 650 characters were analyzed.

"While we acknowledge there have been improvements made in how we are seen on the broadcast networks, most notably on ABC, our declining representation clearly indicates a failure to inclusively reflect the audience watching television," GLAAD President Neil G. Giuliano said in a statement.

ABC shows are home to six of the seven, with one on NBC. There were no lead or supporting gay or transgender characters set to appear on CBS, FOX or CW, GLAAD found.

Last year, the characters were spread among five networks. However, there will be an additional 13 gay characters seen occasionally on broadcast TV shows this season, compared to five recurring characters last year.

2That increase "suggests that producers and writers are showing a guarded interest in being inclusive without making the characters lead or supporting," GLAAD said in a release, noting that gay characters on "Ugly Betty" and "Desperate Housewives" first appeared as recurring before being added to the regular cast.

ABC, Fox and CW declined requests for comment, while NBC and CBS did not immediately respond.

The "real advances" in gay depiction on TV are being made on cable channels, GLAAD said.

GLAAD has issued its "Where We Are on TV" report on gay characters for 12 years. For the past three years, the organization also has looked at representation of minorities, men and women on broadcast TV.

Whites make up 77 percent of network series regular characters, up 2 percent from last year. Blacks remained steady at 12 percent and Asian-Pacific Islanders at 3 percent, while Latinos dropped from 7 percent to 6 percent.

CW, although lacking gay characters, ranked first in overall diversity with ethnic minorities making up 32 percent of its series regulars, the study found.