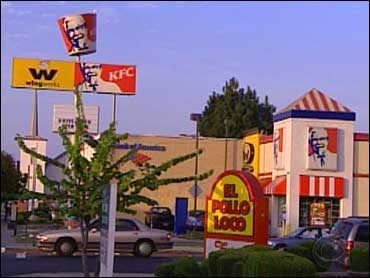 A little less "I'm Lovin' It" could put a significant dent in the problem of childhood obesity, suggests a new study that attempts to measure the effect of TV fast-food ads.

They also suggested that ending an advertising expense tax deduction for fast-food restaurants could mean a slight reduction in childhood obesity.

Some experts say it's the first national study to show fast-food TV commercials have such a large effect on childhood obesity. A 2006 Institute of Medicine report suggested a link, but concluded proof was lacking.

"Our study provides evidence of that link," said study co-author Michael Grossman, an economics professor at City University of New York, in a prepared statement.

The study has important implications for the effectiveness of regulating TV advertising, said Lisa Powell, a researcher at the University of Illinois at Chicago's Institute for Health Research and Policy. She was not involved in the research but was familiar with it.

The causes of childhood obesity are complicated, but for years researchers have been pondering the effects of TV advertising. Powell, for example, found fast-food commercials account for as much as 23 percent of the food-related ads kids see on TV. Others have estimated children see fast-food commercials tens of thousands of times a year.

The new study is based in part on several years of government survey data from the late 1990s that involved in-person interviews with thousands of U.S. families. The researchers also looked at information about local stations in the 75 largest TV markets, including locally seen fast-food commercials and the size of viewing audiences.

The researchers used a statistical test that presumes TV ads lead to obesity but made calculations to address other influences such as income and the number of nearby fast-food restaurants. They also took steps to account for the possibility that some children may already have been overweight and inactive regardless of their TV-watching habits.

The study is being published this month in the Journal of Law & Economics. The authors, funded by a federal grant, included Grossman and researchers from Lehigh University and Georgia State University.

The authors stopped short of advocating an advertising ban or eliminating the advertising tax deduction.

Grossman said it's possible that some families benefit from advertising by finding out what restaurants are nearby and what they're serving. "A lot of people consume fast food in moderate amounts and it doesn't harm their health," he said, in an interview with the AP.

McDonald's Corp., the giant fast-food chain responsible for the widely seen "I'm Lovin' It" ad campaign, referred questions about the study to the National Council of Chain Restaurants.

A spokeswoman for that organization noted the study was based on surveys done in the late 1990s. Since then, fast-food restaurants have expanded their menus significantly to include more healthy options, she said.

She also argued that parents — not kids — have control over most of a family's food spending. 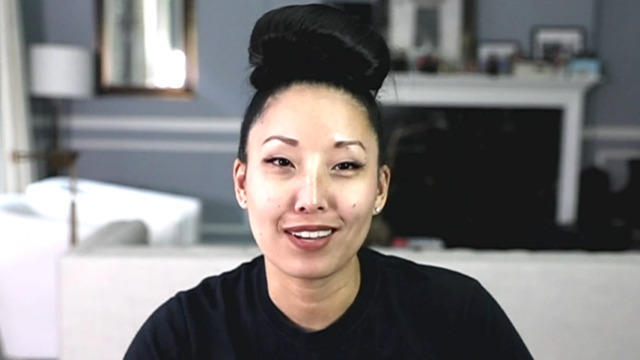 Joanne Molinaro, a TikTok star who runs The Korean Vegan food blog, always embeds a life lesson into each new cooking video. Her therapeutic voice could move someone to tears or heal a broken heart and she uses that same voice to discuss racism, misogyny, body image and more. She joins CBSN's Elaine Quijano to discuss her mission and family stories.