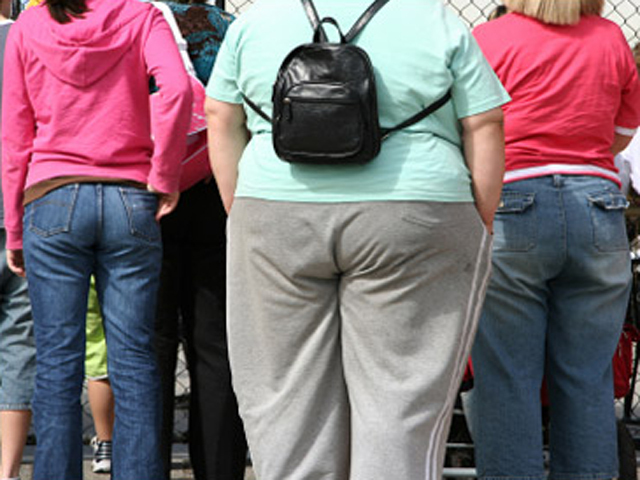 (AP) NEW YORK - A group campaigning against obesity predicts that by 2030 more than half the people in 39 states will be obese - not merely overweight, but obese.

Mississippi is expected to retain its crown as the fattest state in the nation for at least two more decades. The report predicts 67 percent of that state's adults will be obese by 2030; that would be an astounding increase from Mississippi's current 35 percent obesity rate.

The new projections were released Tuesday by Trust for America's Health and the Robert Wood Johnson Foundation. The two organizations regularly report on obesity to raise awareness, and they rely on government figures.

But in this case, their dismal forecast goes beyond the 42 percent national obesity level that federal health officials project by 2030.

About two-thirds of Americans are overweight now. That includes those who are obese, a group that accounts for about 36 percent. Obesity rates have been holding steady in recent years.

Trust for America's Health officials said their projections are based in part on state-by-state surveys by the Centers for Disease Control and Prevention from 1999 through 2010. Those numbers come from what residents say are their height and weight when asked by interviewers over the phone. People aren't always so accurate about that.

The researchers then looked at other national data in which residents were actually weighed and measured and they made adjustments for how much people in each state might fudge the truth about their weight. They also tried to apply recent trends in obesity rates, along with other factors, to make the predictions.

Officials with Trust for America's Health said they believe their projections are reasonable.

But their outlook suggests that even in the thinnest state - Colorado, where about one-fifth of residents are obese - 45 percent are predicted to be obese by 2030.

Perhaps more surprising - Delaware is expected to have obesity levels nearly as high as Mississippi. Delaware currently is in the middle of the pack when it comes to self-reported obesity rates.

The report didn't detail why some states' rates were expected to jump more than others.

CDC officials declined to comment on the new report.

Whichever estimates you trust most, it's clear that the nation's weight problem is going to continue, escalating the number cases of diabetes, heart disease and stroke, said Jeff Levi, executive director of Trust for America's Health.

By 2030, medical costs from treating obesity-related diseases are likely to increase by $48 billion, to $66 billion per year, his report said.

The focus of so much of the ongoing debate about health care is over controlling costs, Levi said. "... We can only achieve it by addressing obesity. Otherwise, we're just tinkering around the margins."

Listed are 2011 obesity levels followed by the Trust for America's Health projections for 2030: