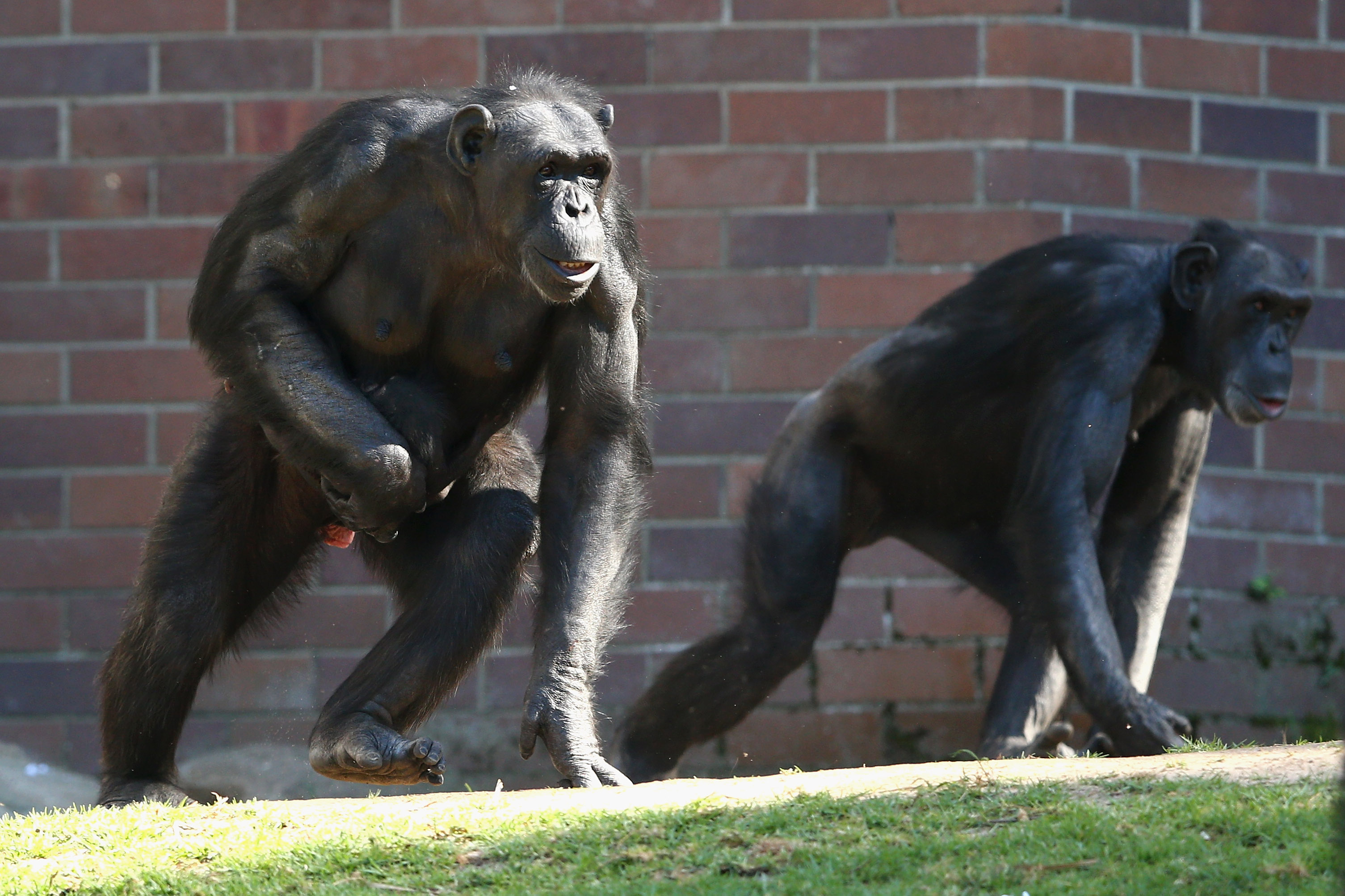 A study published Wednesday appears to confirm that friendships are forged at mealtimes, at least for our closest living relatives.

Scientists from Germany, Switzerland, Britain and the United States have found that chimps who share their food have higher levels of oxytocin, known as the love hormone, than those who don't.

Oxytocin has previously been linked to bonding between mothers and their breastfeeding babies, both in primates and humans.

Researchers studying dozens of wild chimpanzees in Uganda found that the giver and the receiver of food had higher levels of oxytocin in their urine, indicating that sharing is something that makes both parties feel good.

Roman Wittig of the Max Planck Institute for Evolutionary Anthropology in Leipzig, Germany, said chimpanzees had more than twice the level of oxytocin after sharing food than after mutual grooming - another important bonding behavior in primates.

"We think food sharing can help spark new friendships, whereas grooming is more for confirmation of existing relationships," he told The Associated Press in a telephone interview.

Julia Lehmann, an evolutionary anthropologist who wasn't involved in the study, called the results "very clear and highly significant." They appear to support the idea that food sharing can extend social benefits normally found in animals who are related to each other to those dining partners who aren't related, she said. In other words, the way to a chimp's heart is through its stomach.

"I also find it very interesting that the direction of the food sharing does not affect the results, i.e. it is not better to receive than to give  - or the other way around - at least not in terms of oxytocin level," said Lehmann, an academic at Roehampton University in Britain.

The research was conducted on wild chimpanzees because researchers weren't sure that animals in captivity would react the same way to oxytocin, said Wittig.

Their caution results partly from studies in humans, where children who grew up in institutions sometimes struggle to form normal bonds later in life.

While no studies have yet been conducted on oxytocin levels in humans after dinnertime, Wittig said the principle would suggest a similar effect.

"We've known for decades that human mothers and breastfeeding children both have an oxytocin surge. And if we consider breastfeeding to be a form of food sharing then there's a similar mechanism in humans."

The study was published Wednesday in the journal Proceedings of the Royal Society B.