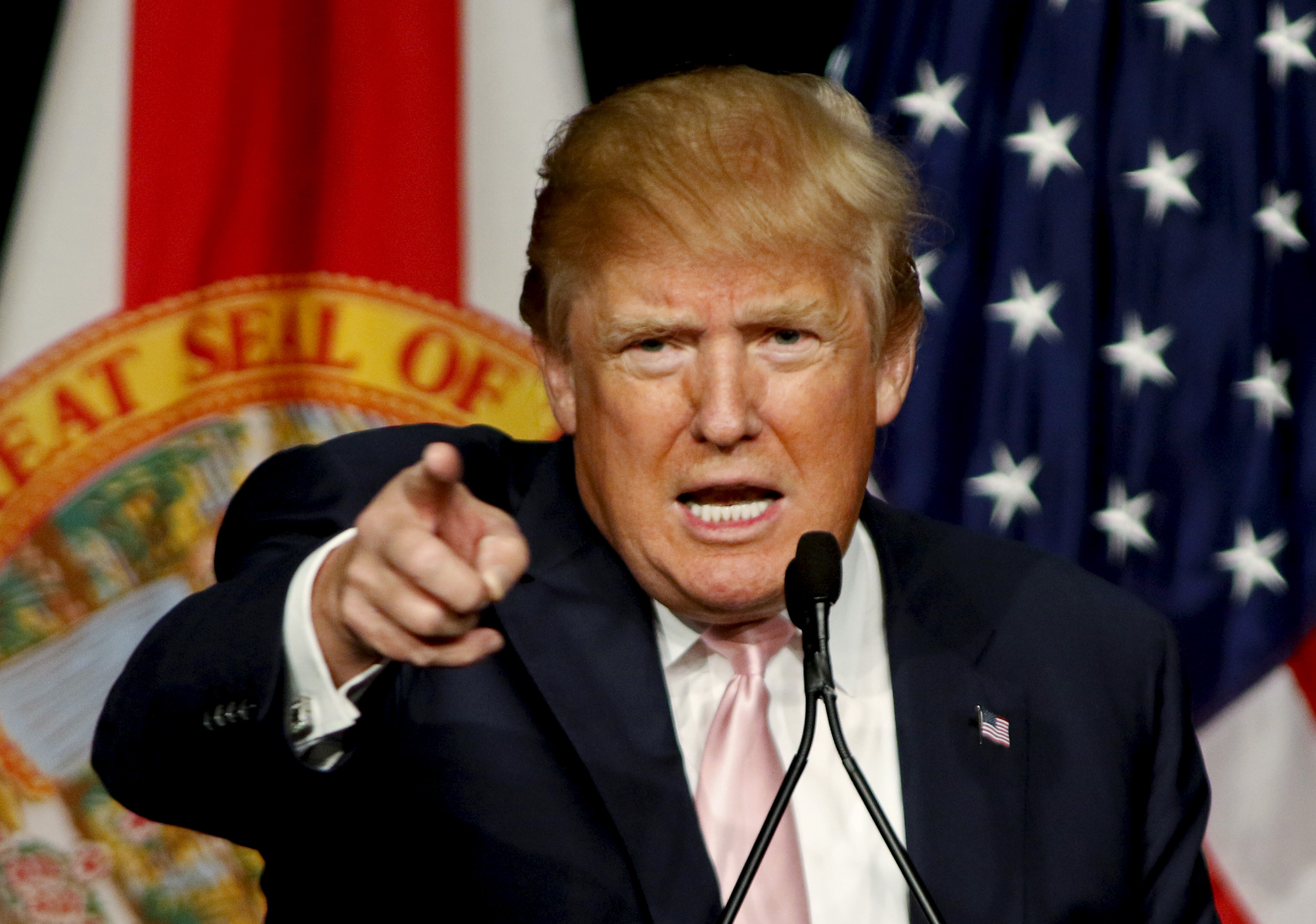 SIOUX CITY, Iowa -- Minority students and a group of community members here are protesting Donald Trump's rally at West High School on Tuesday because they object to his rhetoric.

"Donald Trump promotes bullying and hatred more than he does politics in our school. That has created a hard division line in our student body. It is very tense and uncomfortable at our school," said Takkia Frazier, a 15-year-old sophomore at West High. Frazier is Native American but she spends most of her time with minorities students -- many of whom are Hispanic.

West High School is in Woodbury County where, according to the Iowa Department of Education, 39 percent of the students K-12 are minorities, largely Hispanic. Yet there had not been a history of racial bullying at the school. But Trump's anti-immigrant rhetoric has changed that, especially after his event at the school was announced.

"Honestly, this is the first time that I have experience bullying and harassment in my school community," said Frazier. On Monday, Frazier said she overheard kids saying "you know Mexican kids just want to get their green card" while she and her friends were entering a classroom. As she left the lunchroom a group of kids chanted, "Donald Trump," she said.

Frazier says that she will not let them "rain on her parade," of promoting respect for all people.

She met with a Sioux City community group last week after Trump's visit to the school was announced. Among them was Francisco Valdez, a West High School graduate. After the meeting, Valdez authored a petition on moveon.org. The petition stated, "Donald Trump is a bully and doesn't belong in Iowa schools. His anti-immigrant rhetoric is inciting violence toward Latinos across Iowa and across the country and puts Latino students in danger.

"Dr. Paul Gausman and the Sioux City Community School District should not promote bullying in their schools by giving Donald Trump a platform to attack members of the Sioux City community."

In under a week the petition attracted over 1,400 signatures and gained the support of DREAM Iowa.

"We realize that members of our community may choose to exercise their constitutional rights by gathering in response to Mr. Trump's visit," the statement read. "This situation presents an opportunity for us to model for our students and community how to properly demonstrate the rights of free speech and the freedom of assembly, and the democratic process."

Alison Benson, communications director for Sioux City schools, said that the rally is not a school-sponsored event and said the school has hosted political events before -- noting that John McCain and Sarah Palin appeared at a presidential campaign event at the high school in 2008. She added that the Trump staff will not be on campus until 4pm, after the school day has concluded. Frazier says she will attend the rally "respectfully."