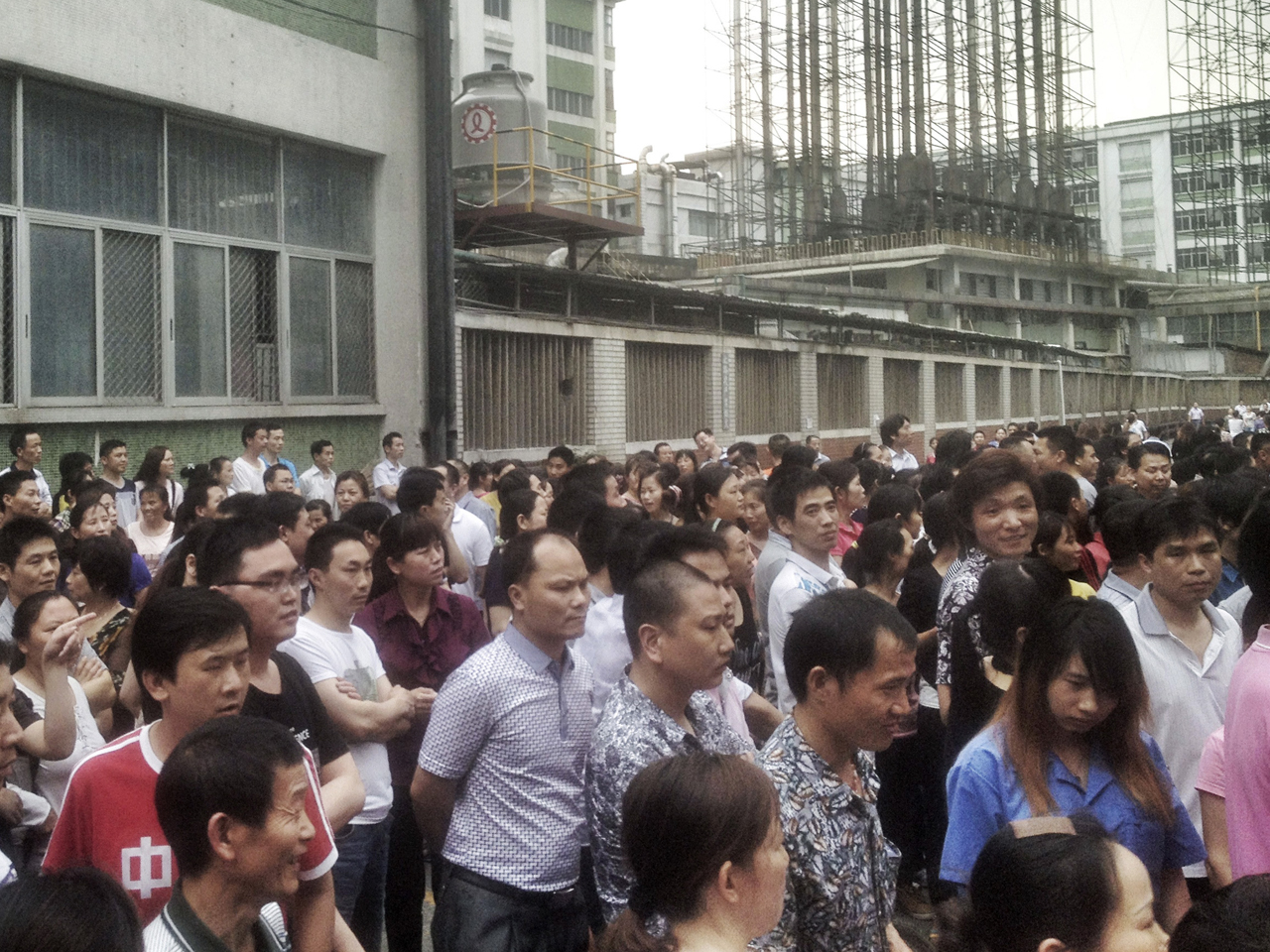 BEIJING - A strike at the Chinese factories of the world's biggest athletic shoe maker snowballed Thursday to about 30,000 workers, a labor group said, making it one of the largest-ever work stoppages at a private business in China.

Workers in the southern city of Dongguan want Taiwanese-owned Yu Yuen Industrial (Holdings) Ltd., which makes shoes for companies such as Nike and Adidas, to make social security contributions required by Chinese law and meet other demands. They've been striking in increasing numbers in on-and-off stoppages since April 5.

The strike at a massive 10-factory complex is the latest in a wave of unrest at factories in China, where labor shortages and a rising cost of living have made the migrant workers from the countryside who keep Chinese industry running increasingly assertive.

The walkout threatens to crimp the contract manufacturer's production for clients that also include Reebok, Asics, New Balance and Timberland. A spokesman for the company could not immediately be reached for comment.

The biggest manufacturers in China operate factory complexes the size of small cities where workers are housed in dormitories.

Cui Tiangang, 31, who cuts and glues rubber soles at one of the Yu Yuen factories, said by phone that the number of workers on strike had more than doubled since the latest round of stoppages started Monday.

"We expect at least an explanation, to give us an answer" regarding the demands, Cui said. "We will keep on striking if there is no offer."

The strike reflects a growing focus on retirement benefits among Chinese migrant workers who previously were content to receive fewer benefits in return for higher paychecks, said Wang Jiangsong, a leading scholar on labor issues at the China Institute of Industrial Relations.

"In the past, they did not understand the system or trust it, and they would prefer not to pay social security but receive more in cash," Wang said. "Now the aging migrant workers are seeing they have little income when they retire to their rural villages."

Wang said it was the largest strike against a private enterprise in modern Chinese history that he could recall.

A strike at Henan Xinfei Electric Company in October 2012 involved about 10,000 workers.

Yue Yuen's plants in China, Indonesia, Vietnam, Mexico and the United States make about 21.5 million pairs of shoes each month.