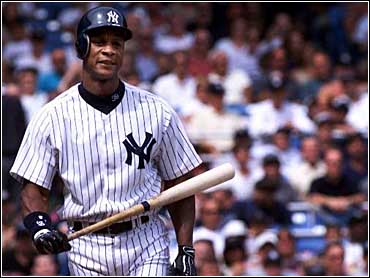 Yankees outfielder Darryl Strawberry was in stable condition at a Manhattan hospital after undergoing a second round of surgery for cancer on Monday.

Doctors said they were "optimistic for an uneventful recovery," a hospital statement said.

The four-man surgical team removed an "isolated tumor mass" near Strawberry's left kidney, adding that "evaluation ... supported the preoperative impression that there was no obvious distant spread of cancer," and "no evidence of any residual disease."

Yankees manager Joe Torre, who underwent cancer surgery last year, said he would wait to talk to Strawberry until the player lets him know that he is feeling better.

"This helps you appreciate what you have today and not look too far down the road," Torre said of the mindset going into surgery. "You just want to enjoy every day here. For certain when you have a young child, that monopolizes your thinking."

Strawberry was suspended in February for testing positive for drugs and had hoped to have his suspension reduced and rejoin the New York Yankees this season. But then his cancer returned and an investigation began last month to see if he had violated his probation.

"He's made a lot of mistakes in his life and maybe he is paying for it right now," Yankees reliever Jeff Nelson said. "I hope he does well, his family does well. This is a tough time for every one."