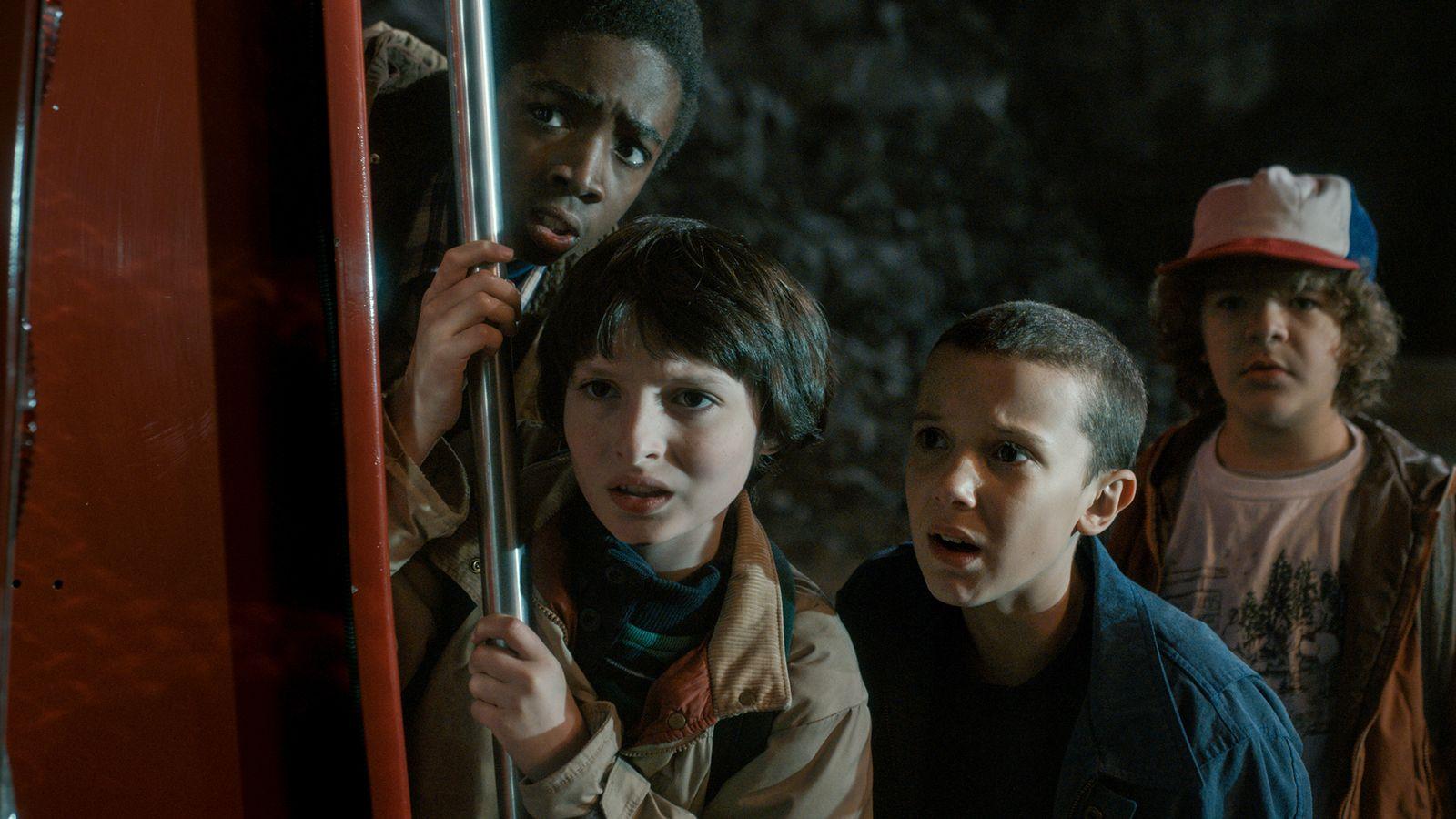 Since its July debut, the buzz surrounding the Netflix series “Stranger Things” has only grown, in large part due to the show’s 1980s nostalgia.

Netflix said Wednesday that nine new episodes of the sci-fi hit will debut next year. The show’s creators, the Duffer brothers from North Carolina, have generated their own buzz and curiosity as well, reports CBS News contributor Jamie Wax.

From the outset, “Stranger Things” has the look, sound and feel of an 80s classic.

Set in 1983, the show follows a group of junior high misfits on a mission to find their missing friend. Along the way, they encounter a girl with special powers named Eleven, and a gateway into another dimension.

The twin brothers behind the series, Ross and Matt Duffer -- who actually came of age in the 90s -- were inspired by the movies they loved growing up.

“Our thing was, could we go back to the summer blockbusters, but do it in this new format?” Ross said.

“A lot of our favorite blockbusters like ‘Jaws’ and you know, ‘Indiana Jones’ and ‘Gremlins’ -- these were all original ideas, and now, it’s very hard to get something like that made,” Matt said.

For one of the main cast members, what’s old is new again. Winona Ryder -- who starred in a handful of memorable 80s and 90s films -- plays the frantic mother of missing boy, Will Byers.

“What was her reaction when you approached her?” Wax asked.

“At that point, we only had one script written. We didn’t have an established track record so she really loved the script. But it was kind of a leap of faith on her part,” Matt said. “And she’s -- really without her, I don’t think the show would’ve broken out the way it did.”

“We knew that this would make or break the show -- that even one out of all our kids, one bad child performance would, I think it would destroy it,” Ross said.

In a video posted by actress Millie Brown on Twitter, the brothers witnessed her transform into the supernatural role of Eleven.

“I remember it was hard, especially with Eleven -- you know, is played by Millie Brown -- because this is a character that doesn’t have a lot of lines,” Ross said. “But the minute we filmed Millie and we were tied in a close up, we went, ‘oh my God.’”

Judging from artwork created by fans, the show already has a cult following.

“Did you have any clue it would be as successful as it’s been?” Wax asked.

“We knew it would appeal, we thought it would appeal to the people who grew up like us loving these movies from the 80s and then, what we were hoping and praying was that it would also work for a newer, younger generation,” Matt said.

“Do you have some personal favorite moments in the series where you look at it and you swear you are right back in 1983?” Wax asked.

“To me, the little detailed stuff that maybe not everyone picks up on but maybe people see, that trapper keeper and they are just going to be instantly brought back to another time,” Ross said.

“And we fought for that,” Ross added. “The Millennium Falcon was not easy to get. You notice that it’s hidden under a blanket for the whole show until Dustin brings it out in the one episode because it was too costly to keep it in there the whole time. That’s the stuff we love.”

But the throwback hit almost wasn’t. The Duffers were rejected more than a dozen times by mainstream Hollywood, before finally connecting with what they call their “dream home.”

“Netflix, they’re like rebels,” Matt said. “They like to break the rules and I think that they liked that it wasn’t something that had been done on television before.”

“There’s a line I like that Dustin says in episode six, which is when he’s talking about Eleven,” Ross said, referencing when Dustin says, “That’s right, you better run! She’s our friend and she’s crazy!”

Ross said that’s the way he feels about Netflix.

“Netflix is our friend and she’s crazy,” Matt said.

Now, the brothers are busy plotting how to make season two even stranger.

“There’s a lot of unresolved issues. There’s still a portal to another dimension that’s wide open,” Matt said. “We want to treat it as if there was another new main tension and you know, the goal is that that main tension is going to be resolved, very much in the way that you do a movie sequel.”

On Wednesday, Netflix released a cryptic trailer offering a hint of what’s to come.

The Duffer brothers also gave us another hint, telling us video games may somehow be involved. We’ll have more on this in our extended conversation all weekend, on CBS News’ streaming network, CBSN, starting Friday.

Unearthing treasures at a Rome metro stop and museum

Lesley Stahl reports on how much different men and women are, when it comes to medicine

A group assaulted an apparently unconscious woman in the middle of the day during spring break last month
Thanks for reading CBS NEWS.
Create your free account or log in
for more features.
View CBS News In
CBS News App Open
Chrome Safari Continue
Be the first to know
Get browser notifications for breaking news, live events, and exclusive reporting.